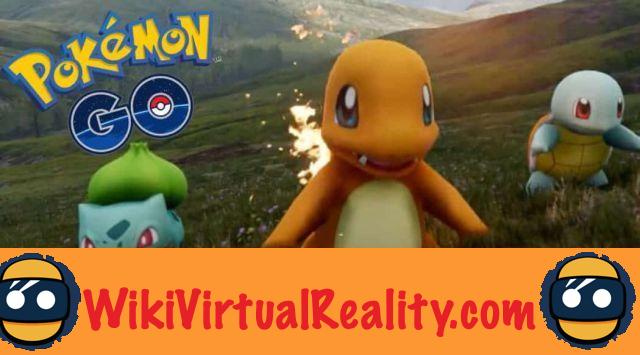 Available for a few days in most European countries, theapplication is gradually being released in different countries around the world, France should soon join in the dance. For the more impatient, it is possible to download the application by retrieving the APK which circulates on the net in a completely legal way or by creating an App Store account located in one of the countries with the game for Iphone users. This staggered global release is only due to the game's success. The Pokémon Company, Nintendo and Niantic, creators of the game, were overwhelmed by the number of users, making servers unstable. Everything seems to gradually return to order and it will take a little more patience to officially recover the application in France. 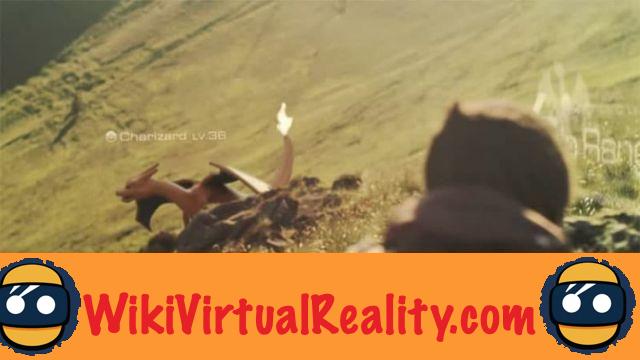 Pokemon GO, what is it?

Pokemon GO is an augmented reality application that attempts to transpose the Pokemon video game experience into real life. To put it simply: capture pokemons, evolve them, fight and complete your collection. For more than 20 years Nintendo has continued to make its fans dream through the different generations of Pokemon (which nevertheless arouse more and more criticism). With Pokemon GO, it's a nostalgic throwback to the past. Comprising only pokemons of the first generation, Nintendo makes sure to reach a large audience by thrilling the nostalgic soul of players, from the youngest who will be able to discover the Pokemon universe thanks to a brand new formula, to the oldest, those who knew the first generations on GameBoy in 1996.


Players of all ages then find themselves playing side by side in real life, visiting cities, on foot, by bike and by bus to become the best trainer and complete their pokedex (their collection). A simple concept and long worked on by the developer Niantic to create an engaging experience in augmented reality. Success is there. 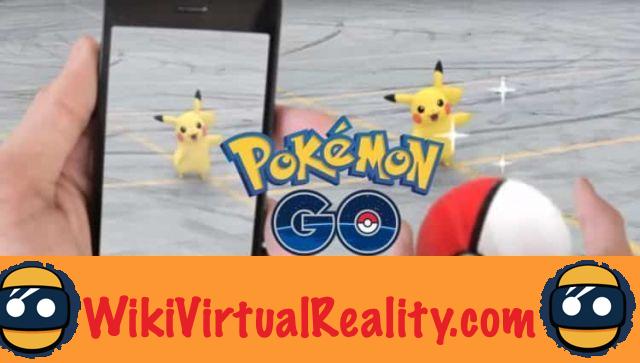 But how does it work?

The operation is simple: The application uses Google Map to generate the pokemons, arenas, pokestop and other mechanics specific to the game. Thus the players move on a playing field which is none other than that of real life with their avatar (previously created and personalized) while exploring places of interest which contain information on the visited place. Enough to develop your culture while exploring your city, but let's not lie to us, it is not this aspect that motivates the players. But the possibility of capturing pokemons in real life. So as soon as a user approaches a pokemon, the cell phone will vibrate, it suffices to tap the screen where the said pokemon is located to start the capture. We then switch to augmented reality, and we move the device in front of us as if we were about to take a photo with our smartphone, except that here there is a little creature standing in front of us and thatyou will have to capture by throwing a pokeball, essential equipment for any pokemon trainer.

Augmented reality works well and we really get caught up in the game, the creature is in front of us, moves, and reacts when we throw the pokeball. Once it is captured, it is added to our collection. We can keep it there, upgrade it, and send it to battle in arenas. Many objects are also present in the game to allow trainers to progress. Of course, you will have to be patient to acquire them if you do not want to go to the cash register and have to pay with your bank card. Free-to-Play requires.

The pokemon madness will have given right to some funny situations. In Australia, a police station fell victim to a pokestop, a place where players can collect various items like eggs and pokeballs. Located in front of a police station, the pokestop attracted hundreds of players in a hurry to recover their objects to the surprise of the police who saw dozens of people entering the establishment. Following this, the police station cracked a statement on the Internet to explain that it is possible to recover the objects without entering the police station while warning players in a humorous tone: "For those who use Pokémon Go to become Pokémon Trainers, Darwin Police Station may be a Pokéstop, but be aware that you don't have to go inside to collect Pokéballs. It's also a good idea to look up and look both sides of the street before crossing it. This Sabelette is not going to escape. Stay safe and catch them all! ».

An American soldier who left and confronted Daesh split a small screenshot on Twitter where he can be seen on the front line capturing a squirtle, machine gun in hand with message : 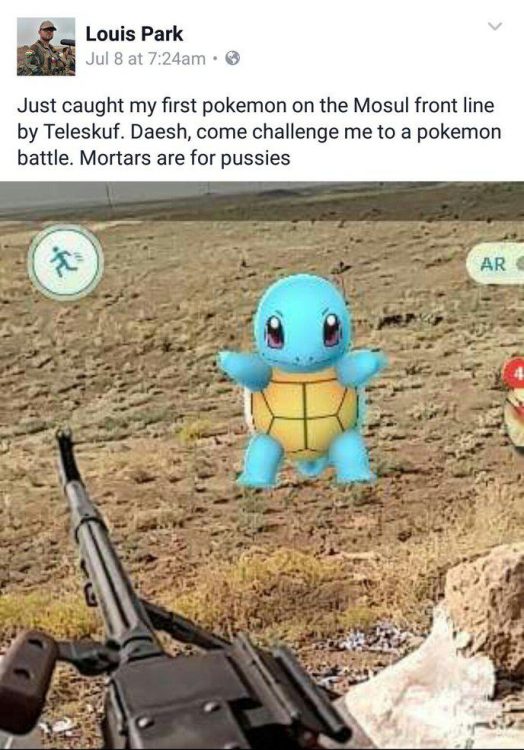 Finally, in another more macabre register, it is a young woman who, while looking for pokemons fell on a corpse in the middle of a river, enough to make you stop playing for a few days! Still other people have decided to behave like Team Rocket, the game's big bad guys who steal pokemon by setting up deceitful schemes. By using a Pokemon GO object to attract pokémons, they pushed many players to reach their location in an isolated location and then rob them with a weapon. They were eventually arrested.


The drifts of Pokemon GO

Despite the overwhelming success of the application, Niantic shouldn't be too happy either because nothing is won yet. Indeed, the application arouses and worries many institutions who view with a dim view the arrival of a new type of hikers, their eyes riveted on their laptops. And they may be right to be worried, because far from the discoveries of corpses which only represent one chance among many others., more regular and proven cases of inattention lead players to injure themselves. Some pedestrians too busy chasing their favorite pokemons walk through looking at them, too focused on what is happening on the screen. Pokemon Madness as it is called affects every country where the app is available. At New York, The appearance of an Aquali (a very rare pokemon) drew a crowd of pedestrians who ran across the road to capture the precious Pokemon.

In some places there are badly placed pokestops that annoy some people, like the presence of one of these places of interest on a memorial in tribute to the death of a child two years earlier. The mother contacted Niantic to request the withdrawal of the pokestops, it is not the first of its kind to appear, on social networks we find many people relaying the unwanted presence of pokestops on memorials , attracting an audience to collect pokeballs. 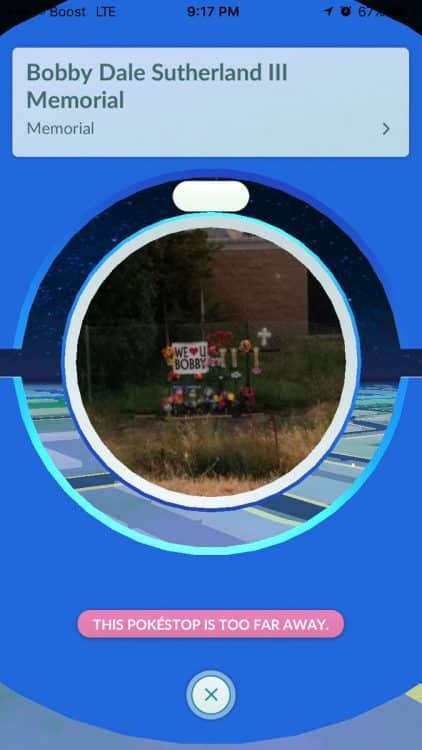 In the USA, it is a real war that the pro and anti LGBT people are waging. Westboro Baptist Church, renowned for its total opposition to homosexuality was virtually defeated by a player. Their church which is also an arena on Pokemon GO has been captured by a pro-LGBT named Pinknose with his Pokemon Melofee answering the sweet name of LoveIsLove. A slogan used to come in support of the victims of the Orlando tragedy. The church then rushed to create an account to send their pokemon Roudoudou to recapture the arena. The fight is still not over and each message from the group on social networks is accompanied by the message. “Repent or perish”, without forgetting to use the term sodomite to qualify the opponents. Charming.

What future for the application?

Every day new scandals and controversial stories are appearing on the web, petitions are currently circulating, one of which garnered more than 757 votes in the USA by the Association for American Families. A conservative association that fights for what it sees as US values and which tries to prevent any danger to families, at least, according to them. Opposed to same-sex marriage, this association points its gun this time on this application. Richard Eswood, Director of Public Relations explains why: 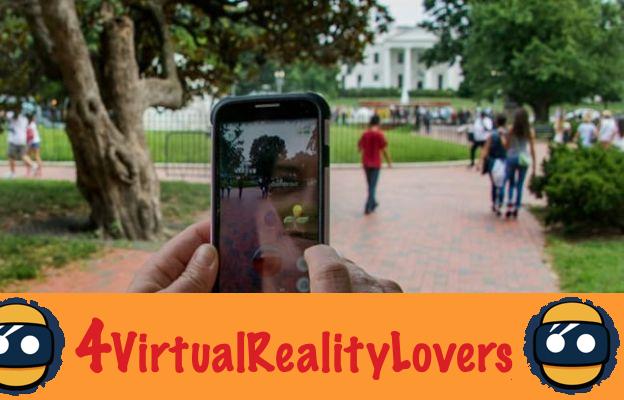 We will especially remember the amalgam that this man succeeds in creating by accusing the application of having led three women to fall on a corpse ... All these people have done is attempt to capture pokemons off the beaten path, there are thousands of reasons to do this, and pokemon GO is just one of many. .

But the damage is done and some people are now convinced that Pokémon GO will lead the world to its demise. Yet it allows many people to socialize and meet, interact and leave their homes to visit the city, while engaging in a fun activity. This is a new type of activity close to treasure hunting, this last practice has never been accused of being dangerous, but what makes the application so accused is its viral side, its popularity that this game is becoming a social phenomenon. For better and for worse. What is certain, however, is that once the hype has passed, Pokemon GO will always exist and is a great way to prove that augmented reality has a real future.. Pioneer of a new genre of games, Pokemon GO is a very interesting case that should be followed while avoiding falling into the amalgamations and clichés that generally follow this kind of geek phenomena so well. 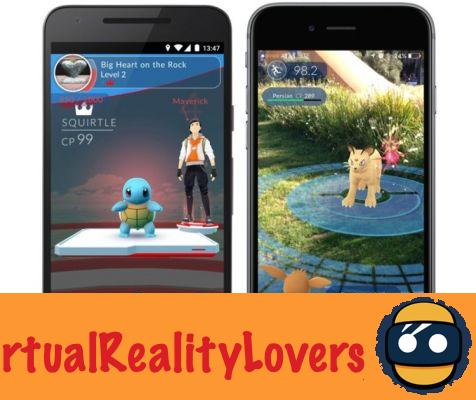 Nintendo is rubbing its hands

The future of Pokemon GO is promising, between the number of pokemons to capture, the social aspect of the title and the originality of the concept, Nintendo can expect to have a bright future ahead of it. Moreover, following the exit of the application, the action of Nintendo rose 16% on the Tokyo Stock Exchange, even surpassing Sony, one of its biggest competitors! It remains to be seen now what Niantic will do to improve his title in the next few days. New generations of pokemons, even greater augmented reality, compatibility with augmented reality glasses, the possibilities are numerous and there is no doubt that the developer will be able to take advantage of all this.

Find all our tips for getting started in Pokemon GO at this address.

Oculus Link released in beta: everything you need to know ❯