Pokémon Go: all you need to know about Team GO Rocket invasions 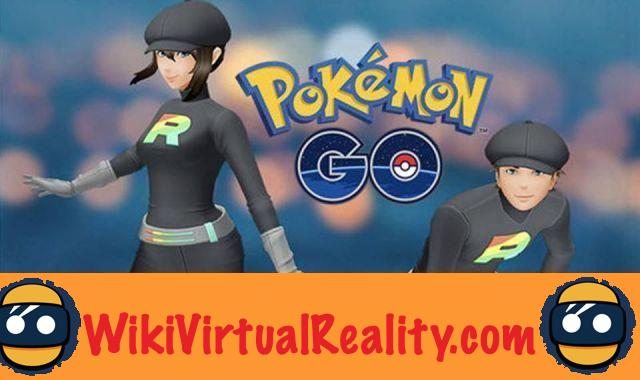 Since its launch in July 2016, three years ago, Pokémon Go has evolved a lot. Niantic's mobile game has been expanded with content and new features such as trainer battles, trades, raids, and the appearance of Shiny Pokémon.

So, Pokémon Go looks more and more like traditional Pokémon games. The trend is confirmed, with the imminent introduction of Team Rocket which has embodied the main antagonistic entity of the saga since the very first games ...

What are Team GO Rocket Invasions in Pokémon Go?

Team GO Rocket Invasions are a new feature that will be implemented very soon in Pokémon Go. It marks the arrival in Pokémon Go of the Team Rocket: The Mafia of the Pokémon World, seeking to use the little monsters to enrich themselves without worrying about ethical or moral issues.

Pokémon cloning, kidnappings, enslavement ... Team Rocket will stop at nothing. It is this criminal organization that created Mewtwo, the Mew clone, which will come to hate the human race as a whole.

With the arrival of Team GO Rocket, for the first time, PoGo players will be able to face off against Pokémon trainer NPCs (non-player characters). Previously, it was only possible to face other players, wild Pokémon or Raid bosses.

For the moment, few details have been officially communicated by Niantic on this novelty. However, while searching the game code, dataminer Chrales discovered some information...

- Team GO Rocket invasions will take place in PokéStops. Players will be able to tell that an invasion is in progress through visual cues, although it is not yet clear what form they will take.

he is also possible that arenas and raids are affected by invasions from Team GO Rocket. However, nothing has been confirmed about this at the moment.

According to the text spotted by Chrales in the source code, it will be Cannot use a PokéStop during a Team Rocket invasion. It will be necessary to confront and defeat an organizational henchman to stop the invasion. This information will be delivered to the players by their respective team leaders when the invasions begin.

What is Pokémon Purification?

Once the minion is defeated, the player will have the opportunity to capture and "purify" the Pokémon it was using. We do not yet know what the term "purify" means ...

The only information found about this in the game code is that purification will "increase the strength of the Pokémon" and make it "more powerful". It is possible that the concept is inspired by the Shadow Pokémon from the Pokémon Colosseum game on Nintendo 64. At the time, Pokémon enslaved by Team Rocket went into dark mode (with a new appearance) and it was necessary to purify them ...

Thus, stopping the invasions of Team GO Rocket will a priori allow restore the functionality of PokéStops and capture new, more powerful Pokémon. For now, we still do not know when this new feature will be implemented ...

add a comment of Pokémon Go: all you need to know about Team GO Rocket invasions