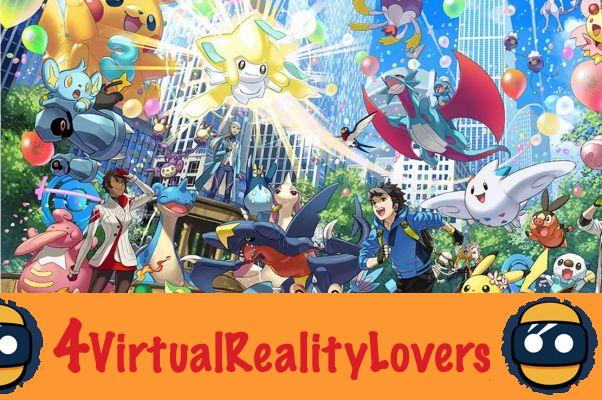 First, from June 28, 2019, trainers will have the opportunity to capture Alola-shaped Pokémon in Shiny version for the first time. Among the Pokémon in the form of Alola affected, there are in particular Goupix, Sabelette, Miaouss, Goupix, Racaillou and many more. In addition, new accessories in the store will allow you to adopt the style of your favorite leader for your avatar.

In parallel, until July 6, 2019, Pikachu will come "photobomber" the pictures taken in Capture Go mode with his party hat. This will be an opportunity to capture this special Pikachu, like during the event on April 1. The Pichu obtained in 7 km eggs will also be equipped with party hats.

Until September 2, 2019, players who participate in raids will be able to receive additional Premier Balls. Stardust will be sold at a 25% discount, and new special study missions will be offered for players above level 10.

Pokémon Go: an image announces the arrival of Team Rocket and gen 5

As if that were not enough, the artwork of the event suggests even more surprises to come ... we can see in particular the presence of the Pokémon Mime Jr., which is not yet integrated into the game. This little fourth generation monster could therefore be added to the PoG bestiary very soon ...

We can also notice Team Rocket members hiding behind a tree. This could confirm information from data miner Chrales, who discovered in the game code that a Team Rocket invasion is brewing in Pokémon Go. Players will be able to face the thugs, but it is currently unknown. details about it.


Still on this image, we see the presence of Fifth Generation Starter Pokémon: Moustillon, Gruikui and Vipélierre. Everything suggests that the deployment of gen 5 in Pokémon Go will soon begin ... a new phase begins, three years after the launch of the game!