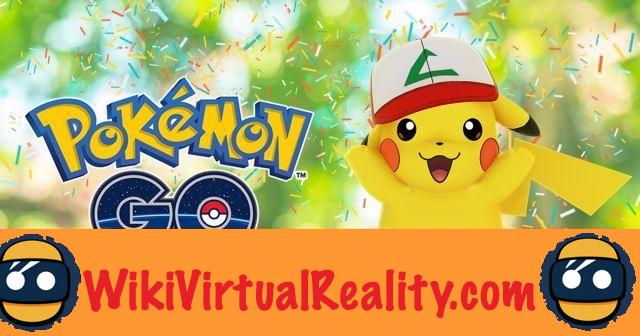 For a few days, almost everyone seemed to be playing PoGo. Players aged 7 to 77 could be seen strolling the streets, staring into their smartphone screens in search of the rarest pocket monsters.

Logically, perhaps, this crazy success only lasted a while. Like a summer hit that we forget as soon as autumn returns, Pokémon Go quickly lost a large number of users at the end of the sunny days.

However, a large fan base continued to play and spend money on in-app purchases. Moreover, Over the course of updates and content additions, PoGo has managed to rekindle interest users and convince them to resume the adventure. 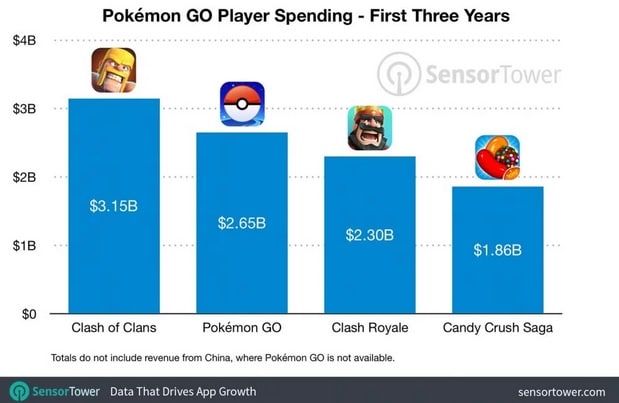 Today, as Pokémon Go just celebrated its third anniversary, Sensor Tower analysts reveal that Pokémon Go reported $ 2,65 billion in three years. The game is particularly popular in the United States, which accounts for 35% of the total amount, or approximately $ 928 million. Then we find Japan, which monopolizes 29% of the revenues generated for a total of 779 million.

Thus, Pokémon Go is one of the biggest successes in the mobile gaming market. In three years, the title has reached generate more money than flagship titles like Candy Crush Saga or Clash Royale. Only Clash of Clans surpasses it, with $ 3,15 billion reported in its first three years ...


From here By the end of 2019, Sensor Tower estimates that the $ 3 billion mark will be crossed. For its part, Niantic is seeking comparable success with its new Harry Potter game Wizards Unite ...