Pokémon Go: how to get Mime Jr. in Shiny version 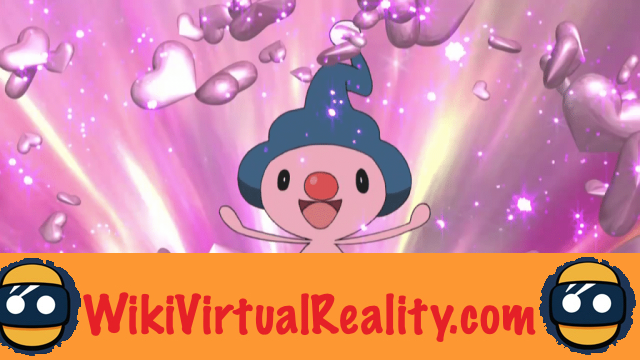 In order to celebrate its partnership with the World Tourism Organization, Niantic is organizing a special event in Pokémon Go from September 26 to October 1, 2019. During this period, players will be able to take advantage of temporary bonuses.

First, trainers will receive a special UNWTO t-shirt to personalize their avatars. Additionally, trades will cost 25% less Stardust, and PokéStops will grant twice the experience.

This event will also be an opportunity to capture Mangriff and Séviper for the first time in a Shiny version in Pokémon Go. However, these are regional Pokémon: Mangriff can only be found in Europe, Asia, and Oceania. For its part, Séviper is only available in America.

The Europeans are the big winners of this event, as a new regional Pokémon will be available exclusively on the old continent. It is Mime Jr., the pre-evolution of Mr. Mime which is the very first regional Pokémon exclusive to Europe since the game launched in 2016.

From now on, and until further notice, Europe therefore has one more regional Pokémon than other continents. And Bam ! Mr. Mime Jr. can be obtained by hatching eggs from 5 kilometers away. If you are lucky, you can get it in a chromatic version ...

Niantic is also taking advantage of this event to add regional Pokémon to the list of monsters that can be obtained from eggs. In Europe, it will now be possible to obtain Muciole, Mangriff, Séléroc, Mime Jr and Flamajou. In Asia, trainers will be able to acquire Canarticho, Muciole, Chartor, Mangriff, Séléroc and Feuillajou.

In Africa: Lumivole, Séviper, Solaroc, Flamajou and, exclusively, Tropius. We can also find Chartor in India, and Relicanth exclusively in New Zealand. In Canada, Russia and Alaska, the eggs may contain Pachirisu. Finally, Pijako can only be found in the southern hemisphere, Aflamanoir only in the western hemisphere, and Fermite in the eastern hemisphere. Corayon meanwhile is only found on coasts with latitude between 26 and 36 degrees.

SteamVR now automatically adapts the resolution to your GPU ❯

add a comment of Pokémon Go: how to get Mime Jr. in Shiny version