Pokémon Go: how to get the Raid EX 2019 Deoxys attack pass? 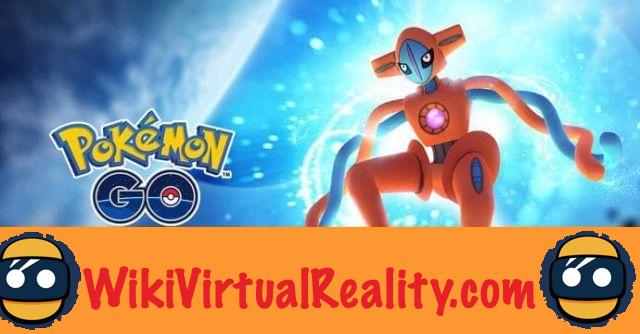 2018 isn't over yet, but the first wave of 2019 EX Raid Passes has started appearing in Pokémon Go. This time, EX Raids will earn the mythical Pokémon Deoxys in Attack form. Similar to Deoxys in Normal form, however, this creature stands out for its higher attack stat and lower defense and toughness stats.

To be able to attempt this Raid, you will need an EX Raid Pass. This item is obtained by winning a Raid match in an eligible arena. To find out if an arena is eligible, just check its tag.

Once obtained, check the pass to verify the location, date and time of the EX raid. On The Silph Road forum, several users announced that they had obtained Raid EX passes for January 4 and 5, 2019.

Make sure to share your pass on social media to set up a group to hope to triumph in this Raid EX. You can also invite an Ultra or Better friend to accompany you.

In parallel, Niantic has just announced on Twitter that the Study Phases completed in January and February will make it possible to obtain different legendary Pokémon randomly. As a reminder, the Study Phases complement each other by completing one Field Study per day for 7 days in a row. The full list of Pokémon that will be obtainable has not been disclosed, but the developer confirms that Lugia and Ho-Oh will be part of it.

With this deal, Facebook deals a big blow to Apple ❯

add a comment of Pokémon Go: how to get the Raid EX 2019 Deoxys attack pass?