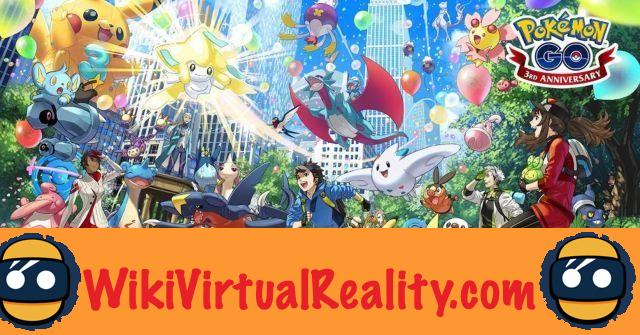 You probably remember the launch of Pokémon Go in July 2016. It's hard to forget this event, marked by impressive crowd movements and numerous incidents. For a few days, the whole world seemed to have set out to catch all the little monsters ...

En only two months, the game was downloaded 500 million times. This real phenomenon was short lived, however, and most of the “casual” players moved on at the end of the summer or even after a few days.

However, However, the success of the application has not faded. A few days ago, Sensor Tower revealed that the game has grossed more than $ 2,6 billion in three years.

Today, a new milestone has been reached since Pokémon Go just passed the billion downloads mark. The news was announced on the game's official Japanese YouTube channel.

Only a handful of mobile games have managed to bring together so many players so far: and. So, Pokémon Go joins the closed circle of the elite of the most downloaded iOS and Android games.

This is proof, if one were needed, that Pokémon Go is still very much alive. However, it should be noted that this billion downloads also includes players who deleted the app and downloaded it again later.

Indeed, Niantic has improved its game a lot over the updates. From now on, Pokémon Go is nothing like it was when it first launched and turns out to be much more interesting. It remains to be seen whether the title will ever manage to pass the two billion downloads mark, and whether Niantic will achieve such success for its other games and the new ...

Revive: the creator of the Oculus Rift finances a hack to play games on HTC Vive ❯