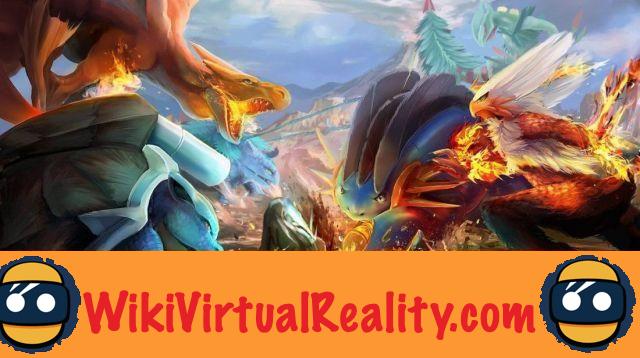 In an interview for the Polish site Gram, Anne Beuttenmüller, marketing manager for the EMEA region at Niantic Labs, announces that a new PVP (player versus player) mode will be implemented in the game Pokémon Go by the end of the year 2018.

As a reminder, the CEO of Niantic, John Hanke, had already announced that a multiplayer mode was in preparation a little over a year ago. Since the very first Pokémon games, the fights between players are in the DNA of the franchise. This new mode will therefore allow the mobile game to reconnect with its origins to the delight of fans.

It is not yet clear how the fights between players will unfold. Until now, it was possible for players to garrison their Pokémon in arenas in their cities in order to conquer them, and players from rival teams could attempt to take back these arenas by sending their own Pokémon in combat.

However, the Pokémon placed in the arena fought independently. There was no direct interaction between the players. With this new PvP mode, we can assume that players will compete directly in real time, as in other games in the Pokémon franchise. The clashes will therefore be much more intense and strategic.

Along with this PvP mode, Beuttenmüller also announces improvement of already existing functionalities. For example, it will be possible to add comments to the friends list in order to remember who are the people who compose it. Players will also be able to create personalized friends lists. Remember that the friends lists have just been implemented in the game, and allow you to forge friendships by participating in raids, arena fights and exchanges.


Launched in 2016 on iOS and Android, Pokémon GO is one of the first mobile games to harness augmented reality technology. Since its release, the title has been downloaded over 800 million times. Over time, this game has continued to improve. The integration of a player versus player mode represents a major turning point and should motivate a large number of users to relaunch the application.