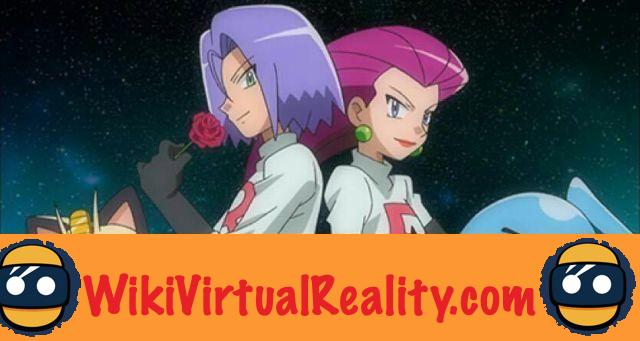 Important new things are being prepared in Pokémon Go, if we are to believe the data miner called Chrales. While digging through the game code, this specialist discovered that Team Rocket and “Shadow Pokémon” will soon be integrated into the mobile game to success.

The surprise is only partial, since the debut of Team Rocket was "teased" by Niantic several times over the past few months. First of all, during the Pokémon Go Fest in Chicago, the thugs were embedded in the photos taken by the players in augmented reality.

Two members of the evil organization were also seen on the game's third anniversary poster. Likewise, during the European festival in Dortmund, Germany, a hot air balloon in the colors of Team Rocket has taken off to other skies...

Pokémon Go: the player will have to save the Shadow Pokémon of Team Rocket

However, the work done by Chrales allows us to get more details about this novelty. Thus, we learn that Team Rocket members will spawn near PokéStops. It is unknown how the player will have to fight them, but it is now known that they will drop their Pokémon if they are defeated.

All of this Pokémon in question will be endowed with a dark aura and will be different from the usual little monsters. The data reveals that the player will need to purify them, but it is not yet clear how.

This concept is not unlike that of the game Pokémon Colosseum, released on GameCube in 2004. In this game, the player had to save and catch the Shadow Pokémon from other trainers. Shadow Pokémon were more powerful, but unable to bond with their trainers.


To purify them, it was necessary to use them in combat or place them in a purification chamber. It is possible that the process is similar in Pokémon Go. For now, however, we do not know when these new features will be deployed in the mobile game ...

add a comment of Pokémon Go: Team Rocket and Shadow Pokémon are coming