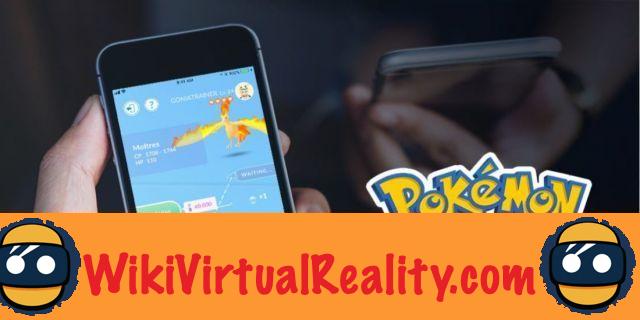 An announcement that many trainers were waiting for finally fell on the Pokémon Go site. In its update of Monday, June 18, Niantic formalized the possibility of exchanging creatures with friends, as well as a whole system revolving around them. A great opportunity to win back the hearts of players who had hoped to see such a feature arrive since the game's launch in 2015.

Since the very first trailer, Pokémon Go players have been hoping to gain access to the franchise's pivotal activity: trading. It's finally done today, three after the launch of the augmented reality application. However, the Niantic studio does not just offer a simple function of bartering pocket creatures. Indeed, a whole system revolving around friendship has been put in place. These impose several conditions, namely to be at least level 10, to own enough star dust and to find each other within 100 meters of the friend with whom we wish to exchange.

A friends function is indeed now available, and it is important. Indeed, it will only be possible to exchange a pokemon with a member of his friend list. By sending each other gifts or participating in Arena Battles together, two players will be able to increase their friendship level. The more levels they will pass (Good Friend, Great Friend, Ultra Friend, Best Friend), the more they will have right to benefits. These include Stardust Discounts, Premiere Balls, and Attack Bonuses during Arena Battles.

The return of Pokémon Go to the front of the stage?

After several attempts to return to the front of the stage, including the arrival of Pokémon Sun and Moon versions, Nantic's game may be the way to bring players back. The exchange is part of the DNA of the saga. It might make some people want to start hunting creatures in their city for the first time. The need to maintain the friendship level should also bring a new facet to Pokémon Go, that of a game that must be traveled in duo to exploit its full potential. Something to make the Sachas and Regis who are hiding in each of us want.

add a comment of Pokémon Go: the time for exchanges between friends has arrived