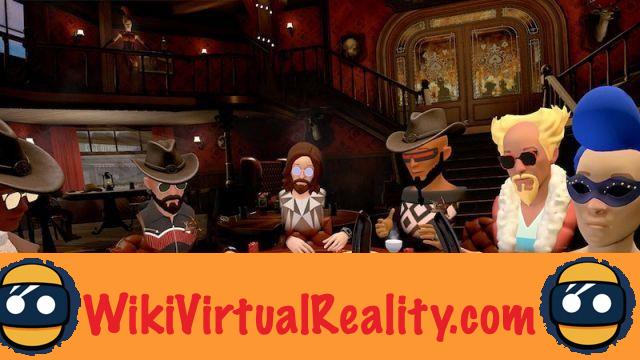 For a few years now, online poker meets phenomenal success. Applications like Zynga Poker, Texas Poker or the French Winamax are among the most downloaded mobile applications. Fans appreciate these applications because they allow you to get started very quickly in a game and focus on the strategic and mathematical aspect of poker.

However, online poker fails to restore the "social" dimension of the card game, yet just as essential. We do not find the possibility of deceiving the opponent by his attitude, or on the contrary that of analyzing the behavior of other players at the table to decipher their intentions.

In order to combine the advantages of “live” poker with those of online poker, PokerStars has decided to bet on virtual reality. The company, which has been the world leader in online poker since 2001, is launching its PokerStars VR application for Oculus Rift.

This application offers players the chance to sit at a table in a virtual environment faithfully inspired by the lobbies of prestigious hotels. They are represented in VR by avatars, each movement of which is visible to the opponents.

Thus, players can communicate, analyze their gestures, or try to bluff by adopting a particular attitude. As in the real world, tokens and cards are manipulated by hand using Oculus Touch controllers. It is even possible to order drinks, smash bottles on the table or shoot in the air with a gun.

In short, immersion is the key word and the experience turns out to be very successful. let's remember that PokerStars VR is far from the premier virtual reality poker app. However, the budget allocated to this project is not the same and it shows. In addition, the launch of a VR app by the market leader is of particular symbolic importance and proves that virtual reality is a technology of the future.

On the long term, VR poker seems to be successful. This is also the case with other gambling games, since VR has already started to invade casinos around the world.


For now, however, PokerStars VR does not yet allow real money wagering. The company prefers to concentrate its efforts on developing the application, until it is sufficiently complete and sophisticated to meet its own requirements.