Some predicted a rapid democratization of virtual reality after the release a little over a year ago of the three main high-end VR headsets, the HTC Vive, the Oculus Rift and the PlayStation VR. Adoption has been slower than expected but seems to be gaining momentum since mid-2017 and is expected to end the year with a bang. The price remains above all a factor of adoption as the catalog of available applications. Update on sales in the third quarter of 2017. 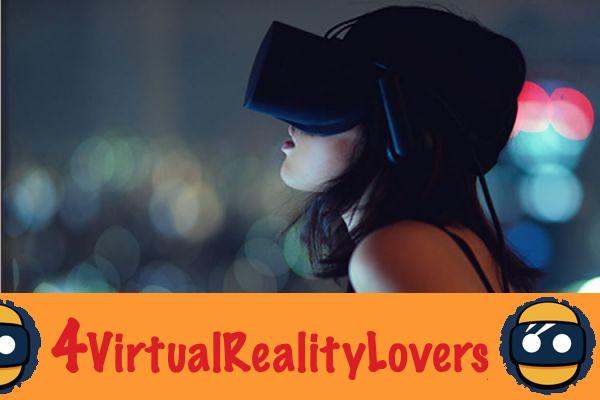 In the absence of figures given by the manufacturers who jealously guard their sales, it is to the analysis firms specializing in the market that we must turn. Yesterday, the Singaporean firm, "Canalys", published its sales estimates for the 3 main high-end virtual reality headsets. Headsets that work with a smartphone have intentionally been omitted from this report. According to this report, the demand for high-end VR headsets has particularly benefited from the various price cuts made in recent months.. 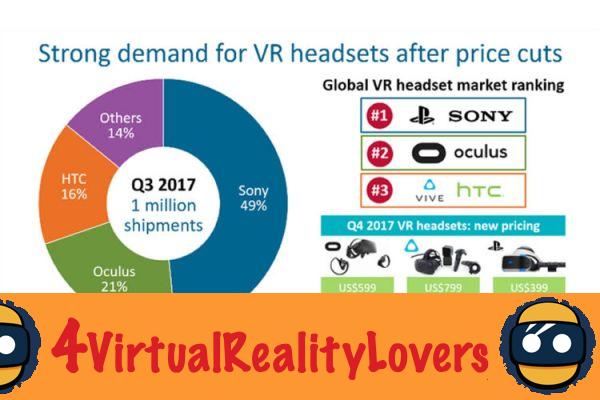 Thus, analysts have shown that the various price reductions and offers made in recent months have particularly boosted sales since around 1 million PlayStation VR, Oculus Rift and HTC Vive sold in the third quarter of 2017. Particularly encouraging results largely explained by the successive price reductions and by ever more extensive catalogs, especially with the arrival of AAA rated games that make you want to equip yourself. The full report is available here.

PlayStation VR continues to lead the way in sales of high-end virtual reality headsets. The Sony headset benefits from its more attractive price and its particularly extensive catalog of games. Nearly half a million PS VR would have been sold during the quarter. Small surprise, the Oculus Rift, long behind and well behind the HTC Vive comes to grant itself the second place dethroning the Vive from its second position. According to experts, the Oculus Rift would have regained its image, in particular thanks to the successive and significant price cuts. 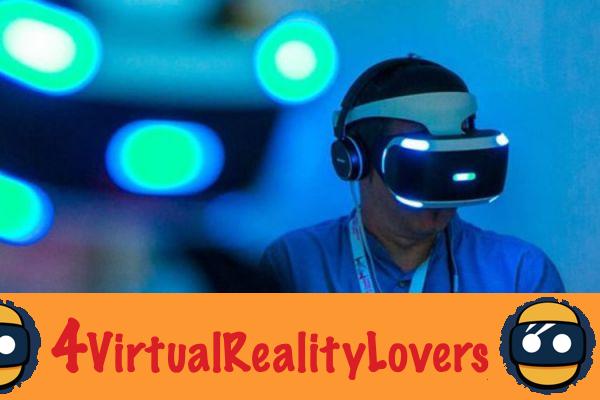 HTC ranks third and remains the most expensive headset. It is true that the Taiwanese manufacturer has made little effort to lower its prices and the price remains particularly high. The sales figures for the last quarter should greatly exceed those of the third and offer some nice surprises. The offers recently offered during Black Friday and Cyber ​​Monday have, it seems, been particularly popular and the end of the year will not only see the appearance of the new particularly affordable Windows Mixed Reality compatible headsets but also the Christmas period which is particularly favorable for sales..