The Racket: Nx game, already on the Oculus Rift, is now coming to the Oculus Quest. Real good news for all fans of virtual reality sports as it offers a pleasant experience.

For those who have already had the opportunity to experience the game of squash in virtual reality, the first impression is often the same. In the program, bright visuals and a real pleasure to play. We (re) make the presentations. 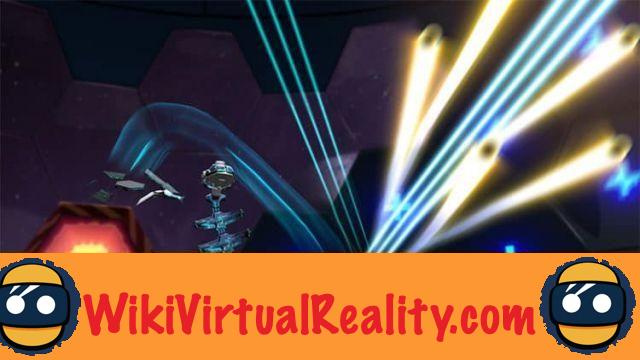 Racket: Nx: between Breakout and Raquetball

It is the VR Fitness Insider site which proposed at the time of its launch the best presentation of Racket: Nx: "between Breakout and Raquetball". The game is served by great visuals and an engaging soundtrack. Sign of its success on the Oculus Store, it won a rather attractive ranking of 4,75 / 5 according to player evaluations.

For the curious, Racket: Nx was initially launched by Israelis from One Hamsa who wanted to promote the emergence of an industry around gaming in their country. Firstly, it was just a demonstration to showcase their technology. However. In view of its success, the experience was entitled to a complete variation in the form of a real game. The PC version in virtual reality was launched in Early Access in July 2017 and then a year later to the general public. Since then, its success has not been denied. Good news, thanks to the cross-buy, those who had the game on the Rift will also be able to have it on the Quest now and for free.