The Reading club was founded in 1871, but that does not prevent it to use new technologies. The club playing in the English second division, the Championship, officially presented its equipment for the 2017-2018 season, via a virtual reality video.

Reading shows off its swimsuits in VR

Reading Football Club have officially updated their wardrobe. Via a virtual reality video featuring coach Japp Staam and the players, the club presented its home and away outfits. The spectator finds himself projected into the locker room with players from Reading, two of whom come from each side with the home jersey in the traditional blue and white colors. The second jersey is rather garish orange. 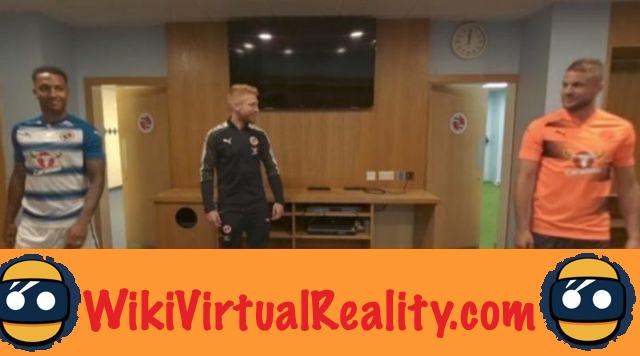 The video, first posted via the club's Twitter, has since been available on its YouTube channel. However, it was first available to a privileged few, with a VR headset screwed onto the head from the stadium stands. This process is not new this year in football clubs. This year it is a whole anthology of novelties that the various football clubs offered to their supporters.

Thus, the AS Roma club presented Sassuolo player Lorenzo Pellegrini via a presentation video featuring it in the Fifa 17 game. Similarly, the English club Southampton also presented its new colors in an original way. They used a short film in the style of the cartoon “Galactik Football“.

The inclusion of VR in football is not exclusive to the Reading club. In fact, we recently told you about the German national team that will use VR to train just like English club Stoke City. So it's no wonder that football clubs are embracing technology in order to amuse their supporters.

Virtual reality, a market of more than 7 billion by the end of the year ❯

Laval Virtual Days: Paris hosts an edition dedicated to construction and maintenance on May 17

Blade Runner 2049: a free experience to dive into the world of the film

Collisions - The hard encounter between an ancient culture and nuclear power