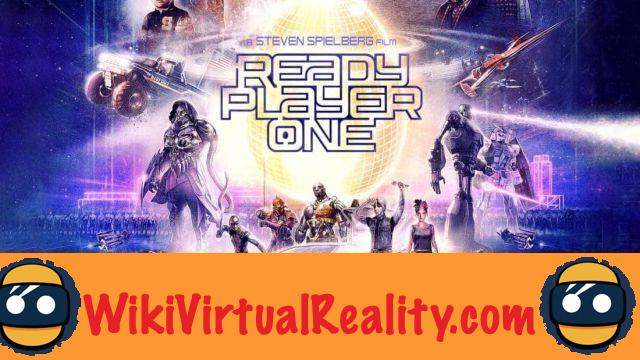 Directly adapted from the eponymous novel by Ernest Cline, the film has been screened in theaters since Wednesday March 28, 2018. In this feature film, the action takes place in 2045, and we discover a virtual reality much more advanced than that that current VR headsets offer us. However, the question that arises is to know if real-world VR will ever be as successful as that of the film.

Good news: even though this is a work of science fiction, you will find that the innovations imagined are not so far from our present. So here's how close the technologies are to real-world VR, from the most realistic to the most unlikely.

In, VR headset users gather in the Oasis. This massive virtual universe allows them to interact, communicate, and engage in all kinds of activity. In the original novel by Ernest Cline, it is also specified that all the already existing massively multiplayer games such as have been integrated into the Oasis, in the same way as the imaginary universes like that of or. In short, the Oasis is the ultimate virtual world.

This aspect of the film is probably the least distant from our present. There are indeed many social VR applications, offering users of come together in virtual environments and interact through their avatars. We can notably cite (by the creators of), (recently acquired by Microsoft), or (in which the very first wedding in virtual reality has just taken place).


Truth be told, social VR apps are hugely successful, so much so that the most downloaded virtual reality app is. In addition to offering social features, this application is also similar to the Oasis by allowing users to take the form of any popular culture character (video games, cartoons, comics, films…). As in, this virtual world therefore presents itself as an incredible mixture of geek culture.

Unfortunately, for now, the functionality of these applications remains limited. It is certainly possible to communicate and indulge in mini-games, but don't expect to experience epic battles or take part in lengthy quests in or Altspace. The VR MMORPGs are still in their infancy, with for example the very simplistic. However, Oculus has repeatedly stated its desire to create a true VR MMO worthy of the great classics of the genre.

In , VR headsets do not have cables and are similar to simple ski goggles. Unlike devices available today, these devices do not need to be connected to a computer or smartphone to operate. There is also no need to install sensors or other tracking devices. Just put on the helmet to immerse yourself in the virtual reality of the Oasis, wherever you are.

In the real world, the first standalone VR headsets will be available very soon. The HTC Vive Focus is already available in China and will be offered internationally in the course of 2018. The Oculus Go is expected and expected in May, and Google and Lenovo are also preparing the Mirage Solo.


This first generation of all-in-one headsets, however, will only offer a relatively limited experience, comparable to that of a mobile headset like the Samsung Gear VR. However, Oculus is also preparing the Santa Cruz headset expected to release in 2019. This device will be comparable to the Oculus Rift in terms of performance, and will also offer inside-out tracking allowing the user's movements to be followed without the need for external sensors. 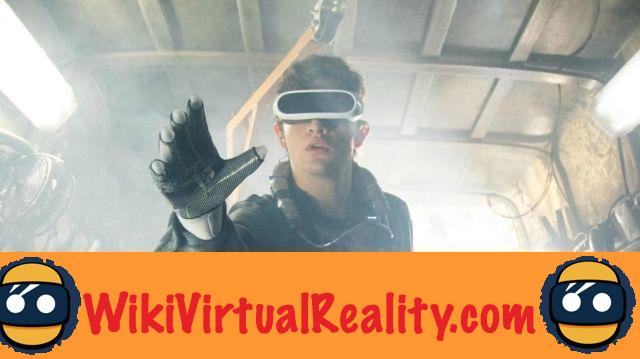 VR headset users in are equipped with haptic feedback gloves and overalls that allow them to interact directly in virtual reality and to feel the contact of objects or other users.

At this time, this technology is not yet commercially available in the real world. However, the startup HaptX presented a very convincing prototype of haptic feedback gloves at CES 2018. The sensations of touch are simulated by air pockets that compress and decompress in real time depending on what is happening in the VR.

For now, the main challenge is to make this prototype more compact and find a way to make it work autonomously. Currently, the accessory requires to be connected to a box the size of a PC.

Likewise, Facebook is also working on a prototype of gloves for virtual reality. If we trust the patents filed by the firm, the feeling of touch will be transcribed here by artificial tendons simulating the feeling of resistance. We can hope to see the democratization of haptic gloves by 2019 or 2020.

There are also several haptic feedback combinations that allow you to feel sensations of touch all over the body. We can notably mention the Teslasuit, which simulates contact through electrical stimulation. The TEGway ThermoReal makes it possible to simulate the sensations of cold and heat.

For the time being, most of these combinations are still in the prototype stage or reserved for amusement parks and other VR arcades. These sets are currently too expensive to be accessible to the greatest number, but their democratization should also begin by 2020.

Ready Player One: the recognition of emotions

The VR headsets presented in are able to identify emotions and facial expressions of the user to transcribe them on his avatar. This technology is not yet available in the real world, but would represent a major breakthrough for the industry.

Several startups are currently developing devices based on heart rate measurement or other indicators to determine the user's emotional state. Likewise, technologies like facial recognition or eye tracking could identify facial expressions and emotions. However, it will probably take a few years for this technology to become more popular.

Ready Player One: VR graphics worthy of the real world 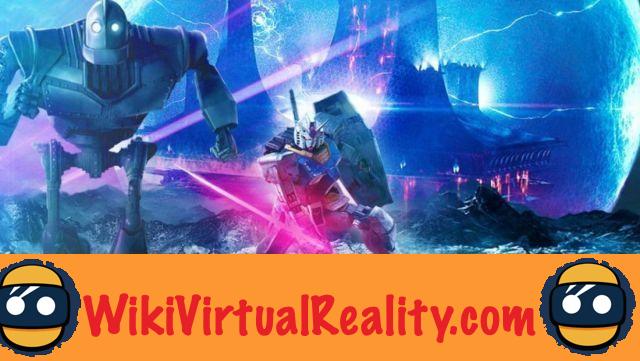 The main weakness of the VR headsets available today is the limited definition of their screens. However, there is a rumor that Google is about to introduce the best VR headset display in May 2018. Similarly, Samsung has patented a display that offers the same field of view as human eyes. The visual quality of virtual reality is therefore expected to improve in the years to come, although it is unlikely that it will ever be indistinguishable from the real from the virtual.

Insta360 Pro: the professional camera for VR is now available for sale ❯

add a comment of Ready Player One: is the film's virtual reality realistic?