Ready Player One: Steven Spielberg thinks VR will be the hard drug of the future 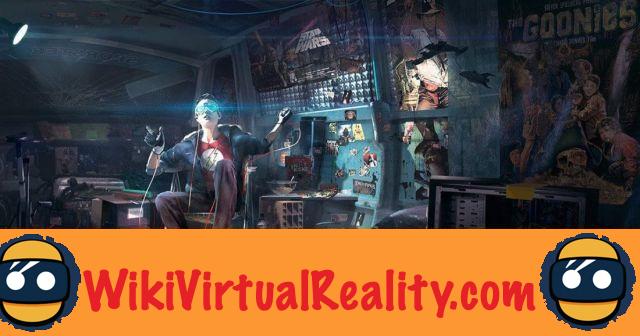 In the new Ready Player One teasing video, conceived as a making-of, Steven Spielberg predicts that virtual reality will be the hard drug of the future. According to the filmmaker, as in this work of fiction, the real world will become so painful that VR will be our only escape…

In 2011, the American writer Ernest Cline published the novel Ready Player One. In this counter-utopian novel, the action takes place in 2044. The world is overcrowded, misery is raging, and human beings now prefer take refuge in a huge online game in virtual reality : the Oasis. In this virtual world, absolutely anything is possible. Players can take on any appearance they want, use any item, do whatever they want. In the Oasis, it is possible to do and be what you want.

Ready Player One: a film that predicts the future of planet Earth?

Indeed, as the real world has continued to degrade, virtual reality technologies have continued to develop until they become as realistic as real life. All real world sensations can be felt, and the graphics are nothing like what we see in the real world. Curiously, this book which was pure science fiction in 2011 is now getting closer and closer to reality.

This is a point of view shared by Steven Spielberg, who directed the film adaptation of Ready Player One, expected in theaters for the month of March 2018. As the legendary filmmaker explains, he recently and suddenly “Saw a future that Ernest Cline, the author of the book, anticipated. The script of the novel is not very far from who is likely to arrive one day ". In the new making-of video of the film, we also notice that some penniless users access the Oasis with a virtual reality headset with a design similar to those found on the market today, like the Gear VR.


Ready Player One: VR as an escape route in a world in crisis

This point of view could indeed apply to VR gaming. If such a realistic game, offering as many possibilities and freedom as the Oasis sees the light of day, many people risk spending most of their time there. Remember that many people already spend their lives in some online role-playing games like World of Warcraft. If, on top of that, economic crises and wars plunge most of the population into poverty, then VR may well become the only way out. Of course, this is a nightmarish prediction and on the contrary, we can only hope that the real world will improve to remain just as enjoyable and interesting as the virtual world.

add a comment of Ready Player One: Steven Spielberg thinks VR will be the hard drug of the future