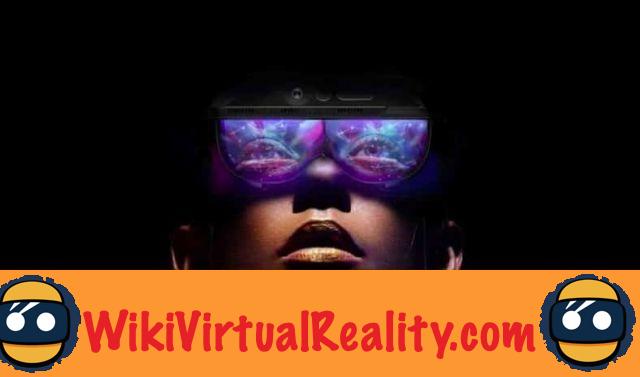 We can say that it has not gone unnoticed. The augmented reality headset RealMax caught the attention of all curious at CES 2018, the biggest high-tech show of the year. Aesthetically very rough, feel like they are dealing with a barely finished prototype that came out of a laboratory or an engineering garage. As they say, “clothes do not make the monk”, these AR glasses are in truth a monster of power which, according to its creators,. Have you ever heard that somewhere? Probably about the upcoming release of Magic Leap glasses. It's a bit fashionable at the moment to want "revolutionize" the world with each innovation or product release in augmented reality.

Based in Shanghai, the firm has bet everything on the effectiveness of its product. Indeed, the helmet is clearly not a fashion accessory. However, these AR glasses remain very interesting, because they offer a field of vision incomparable to no other on the market: the possibility of seeing projections of digital images. at 100 ° around you. 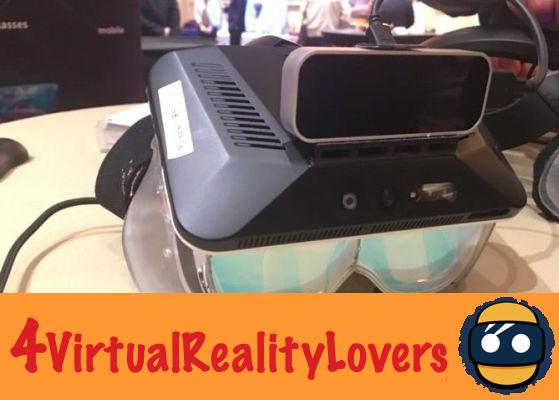 For comparison, the famous augmented reality headset HoloLens has a displayable field of view (FOV) of only 35 °. Techcrunch was fortunate enough to be able to try out the headset which is described as “a somewhat crude but extraordinary prototype that fills the world with digital images more than any device.

A mermaid bench right in front of your eyes

RealMax has chosen to partner with Leap Motion to retrieve the user's movements. You can therefore use your hands, move your head, in short move around the environment to create digitally. Thanks to its extraordinary field of vision, the helmet offers, according to the journalists present at the event, a feeling of increased freedom compared to other AR helmets on the market. Many were just blown away by an underwater demonstration where sumptuous mermaids paraded for them alone just before their eyes.


RealMax wants its own development platform

RealMax is ambitious and is already facing a new battle, that of developing a new application platform specific to the AR helmet. The start-up has already started fundraising and is preparing to launch its own development kit. It should be released this year at price of $ 1500. However, the firm hopes to be able to quickly lower the price of its augmented reality glasses to the price of a high-end smartphone.

2017 - The year of virtual reality in four predictions ❯

add a comment of RealMax: a very ugly but very impressive AR headset