In an increasingly connected world, the line between virtual and real is increasingly thinner. For almost 20 years now, many people use the internet to meet people, communicate and why not find love. This phenomenon has amplified with the rise of social networks and dating applications. Nowadays, apps like Tinder have even become one of the main ways of dating.

At the same time, there are many accounts of couples formed in online games like . While having great adventures together, sometimes two people develop reciprocal feelings and end up deciding to meet in the real world. Indeed, whatever its form, the virtual makes it possible to get rid of certain chains that hinder us in real life, to overcome its shyness or its complexes. In video games and on the internet, we are nothing more than pure spirits. Thus, paradoxically, we could consider that we are more "real" in the virtual world. 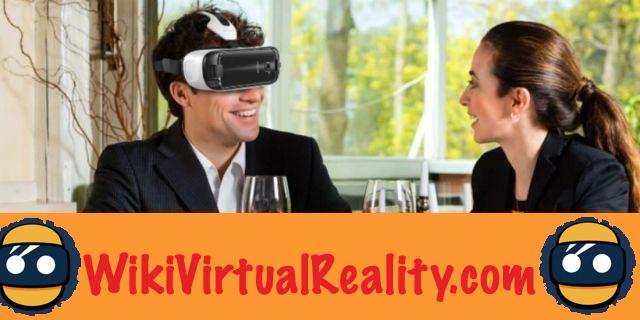 In this context, VR could be the next step for virtual dating. Knowing that VR headset users directly control their avatars, the wall that separates the real from the virtual crumbles even more. No more just typing on a keyboard or controlling a character with a mouse and a controller. In virtual reality, gestures made in the real world are transcribed in the virtual so much so that it is (almost) possible to simulate physical contact.

This is the reason why many users of social VR apps like or have formed friendships or romantic relationships with people they meet in virtual reality. Some even have fun organizing (fake) weddings in VR. In September 2017, an Australian even made his marriage proposal in virtual reality. However, the story told to us today by the Wired site is on a whole different scale.

Rec Room: married in VR after meeting there 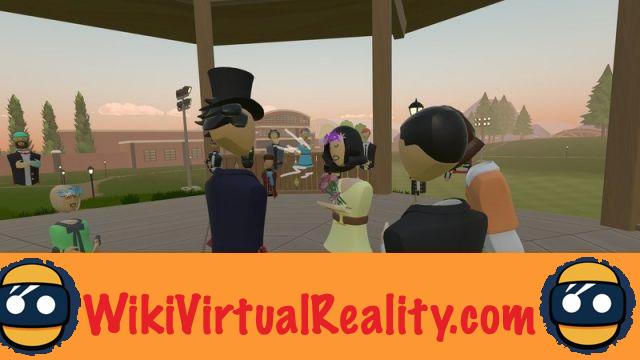 Priscilla Olivia Wadsworth and Mark Daniel Gebbia, 27 and 37, got married at the end of 2017. A love story like any other, with one exception. The two lovebirds met in virtual reality, gradually fell in love there, and finally got married officially. More precisely, it was in the Rec Room application that this atypical romance was born.

Before getting married in VR, Priscilla and Mark only met once in the real world. Most of their history was therefore written in Rec Room. A moving story that reminds us that love has no borders.

We can also expect that this kind of relationship will become more and more common as virtual reality grows and becomes more democratic. However, if this is a romantic anecdote, the virtualization of human relations also presents a dark side. A few months ago, a British sex therapist sounded the alarm bells fearing that the next generation would be completely addicted to VR sex.

How to use the Oculus Rift S headset on Steam VR? ❯