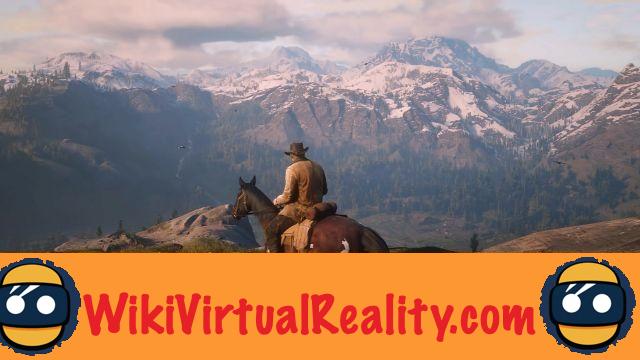 Available since October 26, 2018 on PS4 and Xbox One, unleash passions. For many critics, this is simply one of the best video games of all time. Unfortunately, right now, VR headset users can only dream of a virtual reality adaptation.

However, he Rockstar Games may well prepare a port to VR for his new masterpiece. Indeed, the specialist website has discovered a mysterious and interesting detail in the files of the companion application for iOS and Android.

The files of the application in question include many parameters suggesting that a PC version of the game is indeed planned. For example :

PC players, frustrated at not being able to get their hands on this video game bomb, can therefore be reassured. In addition, and this is what interests us, one of the application settings also includes the term ”Oculus“ :

For the first time, a concrete clue suggests that a virtual reality version of is being considered by Rockstar. It not a definitive confirmation, but it is a very good sign. When the game releases on PC, it is quite possible that a VR version will also be offered. At the very least, we can hope that some of the content will be adapted in VR even though it might not be a full port like Bethesda's excellent Skyrim VR.

The app files only mention Oculus, but the VR version will no doubt be available on Steam. Indeed, the Vice-President of HTC Vive Studios recently announced that "Rockstar is not done with VR". We can deduce that RDR2 will be the next Rockstar game to be ported to virtual reality afterwards. Would you be tempted by this adaptation?

Death Mask: an AR app that predicts the age of death of people around you ❯

add a comment of Red Dead Redemption 2: a VR version on Oculus Rift in preparation?