Red Dead Redemption 2: Rockstar is not done with VR according to HTC 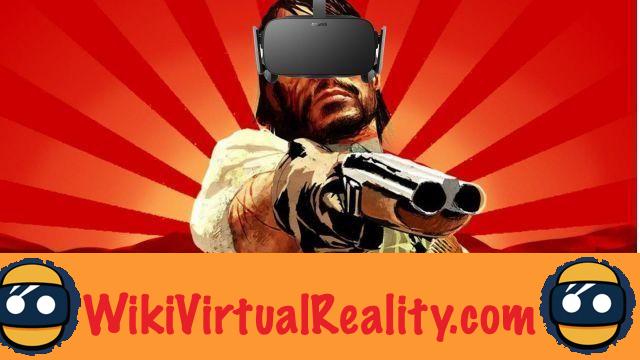 This October 26, 2018, the video game from Rockstar Games is finally available on Xbox One and PlayStation 4. Unfortunately, the highly anticipated title does not offer no virtual reality mode for the PSVR.

However, according to Joel Breton of HTC Vive Studios, Rockstar Games "is not done with VR". Interviewed by the American site, the manager returned to the way in which renowned studios like Rockstar, Ubisoft and Bethesda have encouraged more companies to embark on virtual reality. According to him, although it is not yet public, all of the major developer studios are currently working on projects in VR.

Joel Breton notably praised, the virtual reality adaptation of the game launched in December 2017 on HTC Vive and Oculus Rift. In collaboration with HTC, Rockstar took care to adapt every element of the original game to exploit the possibilities offered by VR. Passages that were not convincing in virtual reality had been intentionally deleted. In the end, the experiment proposes to solve seven cases and turns out to be very successful.

Red Dead Redemption 2 and GTA VI soon to be adapted for VR?

It was therefore a first masterful test for Rockstar Games. Now we can ask ourselves what will be the studio's next franchise to be the subject of a VR adaptation. Knowing that can be played entirely in first person view, the game could potentially be ported to VR in the near future although nothing has been announced about it.

We could also imagine a virtual reality mode for the future GTA VI, or why not a VR reissue of an old GTA such as Vice City or San Andreas. It is also possible that Rockstar will launch a brand new franchise specially designed for virtual reality ...


Whatever Rockstar's next VR project is, there's no doubt that many fans will be keenly interested. This renowned studio could even help boost sales of VR headsets! For now, however, we will have to be content to play Red Dead Redemption 2 in cinematic mode on the PSVR...

Add a comment from Red Dead Redemption 2: Rockstar is not done with VR according to HTC