Resident Evil 2: no PS VR version for the remake, here's why 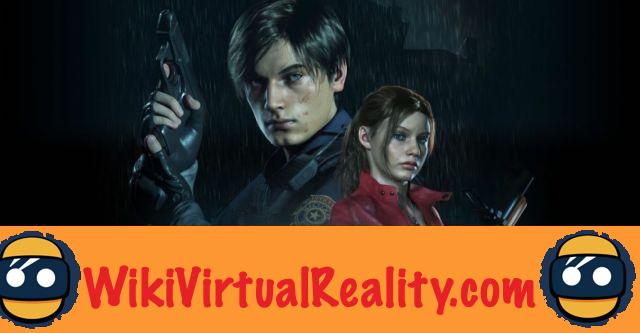 Since its release on PSVR in January 2017, Resident Evil 7 Biohazard has directly established itself as one of the best virtual reality games. This title, available exclusively on the Sony VR headset, has won several awards of prestige including the Golden Joystick 2017 for best VR game, and the Game Award 2017 for best VR / AR game.

It is also the very first AAA game fully adapted for virtual reality, almost a year before Skyrim or Fallout 4. In addition to a critical success, the title has managed to seduce players. A few days after its release, 10% of Resident Evil 7 players had tried the VR version.

Suffice to say that RE 7 VR is one of the main strengths of the PSVR in its conquest of the VR market, facing heavyweights like the Oculus Rift and the HTC Vive. So, following the announcement of the Resident Evil 2 remake on PS4 at E3 2018, many fans hoped that this title would also benefit from a port to PSVR.

Unfortunately, rather than being guided by consumer demand, Sony has chosen to focus on quality by skipping such a port. Interviewed by the British site Daily Star, Capcom producers Tsuyoshi Kanda and Yoshiaki Hirabayashi explained themselves on this subject.

According to them, the fact that Resident Evil 2 is a third-person game makes it unsuitable for virtual reality. The experience delivered by a VR mode for this title would simply not be worthy of Capcom's demands in terms of quality.


One could have imagined a change of perspective developed especially for VR, but the Japanese studio undoubtedly judged that the original work would be distorted. Rather than a remake, VR enthusiasts will therefore probably have to wait for a new game to be developed by Capcom for the PSVR.

add a comment of Resident Evil 2: no PS VR version for the remake, here's why