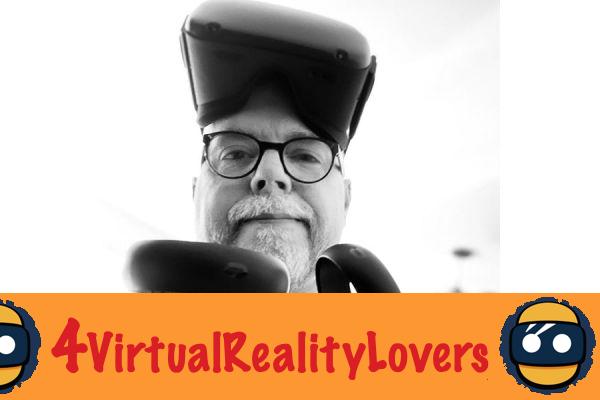 Tom Hall, co-founder of id Software studio joins Resolution Games as senior creative director. It is therefore a second big name in the video game industry which strengthens the team behind games like Angry Birds VR: Isle of Pigs. In fact, last March the studio welcomed Mike Booth, the developer of Left 4 Dead, into its ranks. With this recruitment, Resolution Games counts expand the catalog of games it offers. This will already be the case with Blaston, which is scheduled for next fall.

The term “legend” can be mentioned when talking about Tom Hall. In fondant le studio id Software in the early 90s he was involved in the creation of video games such as Wolfenstein 3D and Doom. These major titles revolutionized the video game landscape when they were released. There is nothing random about recruiting a veteran with 30 years of experience. Resolution Games shows its ambition to be among the leaders in the creation of virtual reality video games.

Resolution Games CEO Tommy Palm has spoken on this. "Tom is one of those who have most contributed to shaping what became of video games today, ”he says. And to continue: "We are delighted to have him with us and are impatient to see the role he will play in helping us define this environment".

Tom Hall, meanwhile, shared that he had been very drawn to VR and AR for a long time. He even says he has designed its first VR game in 1992. More recently, he has focused on a few prototypes for virtual reality. Therefore, when the opportunity to join Resolution Games arose, he immediately jumped at the chance.


If the studio does not specify exactly which titles Tom Hall will work on, we nevertheless know that several games are in preparation. However, it starts with Cook-Out: A Sandwich Tale and Blason. The first is in the spirit of the games already offered by Resolution Games. While the second takes them out of their comfort zone with a PvP shooter in gun duel mode and slow down. The latter therefore seems perfectly suited to Tom Hall's environment of expertise.