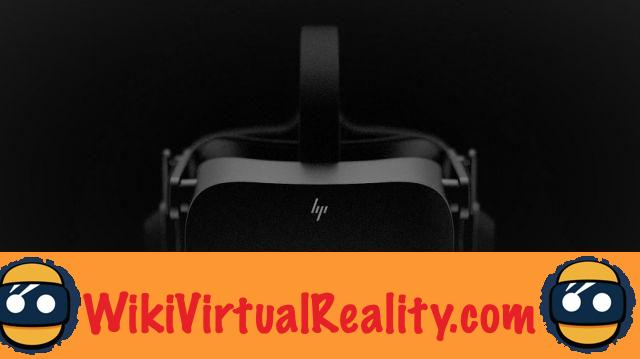 The only indication to chew on this device comes from the mention " Next Generation ". It means both everything and nothing.

In fact, this is not exactly the only information. Indeed, HP has announced the name of this headset, the Reverb G2. Mostly, its development is carried out in collaboration with Microsoft and Valve. If the first is not surprising, HP headsets work on the Microsoft Mixed Reality platform, the second is a little more surprising. Because yes, these headsets are already compatible with SteamVR. Valve's contribution could therefore focus on a material addition, like trackers. However, the illustration does not seem to show any.

What can be seen in the video is what appears to be two tracking cameras on the front. Other cameras must certainly be elsewhere, probably the sides of the helmet. Speaking of which, we can see what looks like headphones on either side. Their design is reminiscent of those present on the Valve Index. They allow high quality sound that is tuned according to the position of the headphones. These are for the moment the elements on which a debate is possible. Of course, we didn't talk about the controllers, nor the lenses and screen. All of this still remains in the realm of the imagination.

The Reverb G2 is still a mystery

The phrase “No Compromise” in the video doesn't shed much light on the material used. If the previous Reverb headphones developed by HP had to make compromises so as not to explode their selling price, have they decided to push everything here? It seems unlikely. The Reverb G2 will probably want to compete with the Oculus Rift and position itself as an alternative to the Index which is out of stock, and above all quite expensive. In any case, by choosing to unveil this headset at the time of the release of Half Life: Alyx, HP has calculated its move. Above all, the manufacturer has unveiled part of its plan. However, he must save the centerpiece for a bit later. We hope that it will not take too long.