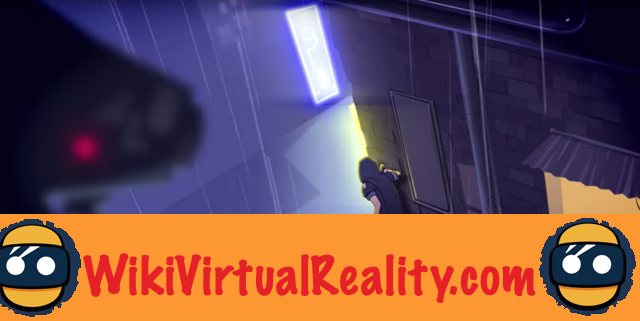 The story of Augmented Empire takes place in 2058, in the town of New Savannah. The population of this immense city is divided into three ranks of citizens. The higher-ranking citizens live at the top, while the marginalized and the criminals are forced to hide in the slums. Installed in an armchair, the player witnesses the story of six misfits in search of revolution in the face of this unjust and corrupt system. The adventure unfolds like a cyberpunk tale, and the plot is very interesting with suspense and many twists. Augmented Empire is one of the few VR games available today that offers a really worked and interesting storyline, with endearing and in-depth characters.

During the combat phases, the player controls the different characters by selecting them, then choosing their actions. Each character has two actions per turn. For example, it is possible to move the character, and to attack an enemy. The principle is to move to the most appropriate square, to take cover from enemy fire, within the limit of movement points available to each character.

During the attack phases, and during the defense phases, a gauge appears on the screen. A cursor moves quickly from left to right on the gauge, and the player must press the button at the right time to succeed in their attack or dodge the enemy attack. With maximum precision, it is possible to achieve a critical hit. The closer the target is, the more difficult its attack is to dodge. This combat system adds a dynamic aspect to this tactical turn-based gameplay.

In addition to basic attacks, each of the six playable characters have special abilities, requiring a cooldown after each use. For example, the character can use a defensive technique before the end of his turn to reduce the damage inflicted by the enemy, use a devastating melee attack, or even hit multiple enemies simultaneously. Each character has their own fighting style. Additionally, the player can choose which abilities to use or upgrade. Thus, a certain freedom of customization is left to the user.

Outside of combat phases, the player must explore the 60 or so environments that make up the game map. Finding clues, collecting information, interacting with characters… so many actions that will allow the user to progress in the adventure. In practice, this gameplay is simply excellent, taking full advantage of the possibilities offered by the Samsung Gear VR and turning its constraints to its advantage. 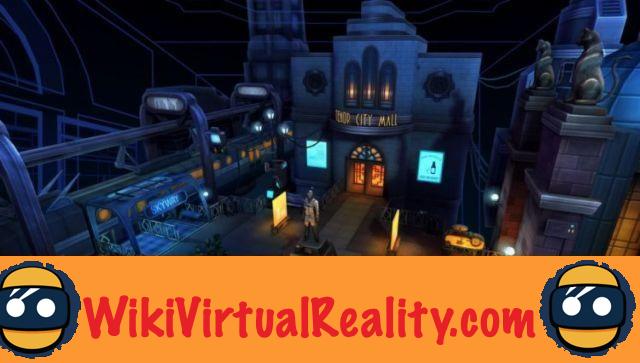 La Augmented Empire lifespan is approximately 10 hours, with a total of 26 missions. This lifespan is very good for a Gear VR game. In addition, the customization possibilities offer some replayability, allowing the player to redo the game using different combat techniques. Either way, the quality of the title makes the experience particularly intense and memorable.

- Augmented Empire graphics are very well made, with quality textures, impressive lighting effects, and an impressive level of detail. In addition, the cyberpunk atmosphere is very elaborate, from the sets to the character designs, and gives a clean and unique identity to the city of New Savannah. The soundtrack is also very neat and consistent with the cyberpunk atmosphere. The music varies between futuristic techno during the combat phases, and soaring choir during the moving scenes. The dubbing is also of excellent quality, with actors like Kate Mulgrew, Nick Frost and Garrick Hagon in the cast.

Augmented Empire immersion: a dive into a futuristic universe 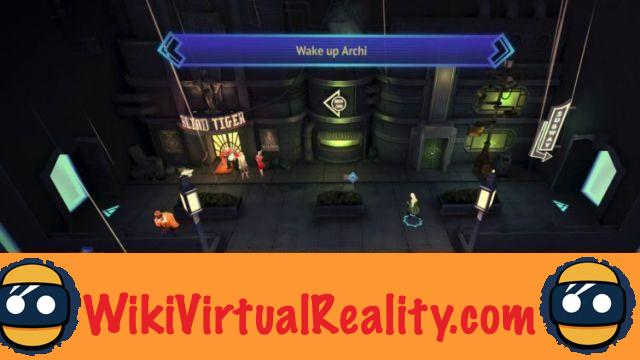 The game is filmed from above, and the player plays several characters. Therefore, there is no question here of immersing yourself in the skin of a character. On the other hand, the quality of the graphics and the artistic direction make it possible to truly immerse yourself in the atmosphere of New Savannah and to follow this futuristic tale with fascination throughout the adventure.

The user does not physically move, and is content to overlook the action from his chair. Fact, the experience is very comfortable. This feeling of comfort is reinforced by the quality of the graphics.

Augmented Empire against the competition

With a rather original gameplay, Augmented Empire does not really have a competitor. It can potentially be compared to Hitman Go VR, which also features tactical turn-based combat in a top view. However, Augmented Empire's dynamic combat system makes the experience very different and more interesting for action lovers.

Conclusion of the Augmented Empire test

Created by experienced developers, supported by Oculus Studios, Augmented Empire is an excellent game. With its original and pleasant gameplay, its neat graphics, its worked scenario, the title is placed directly among the best games available at present on Samsung Gear VR. A game to buy without hesitation, even if we regret a certain lack of replayability or the absence of a multiplayer mode.

Scenario: A fascinating dystopian scenario about social inequalities and injustice.

Lifetime : An adventure of about 10 hours.

Oculus: all about the company, its history and its VR headsets ❯