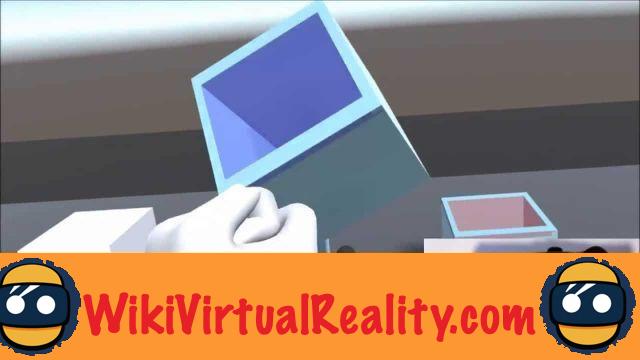 Haptic feedback reinforces the feeling of immersion provided by virtual reality games. Unfortunately, at present, few tools allowing to add such effects are available to developers.

Yet even “traditional” video games make use of this technology. It is besides by observing the HD Rumble feature of the Nintendo Switch that Seattle-based startup RGB Schemes found inspiration. While investigating, the firm discovered that the Switch's Joy-Cons contained the same Linear Resonant Actuators (LRAs) haptic hardware as the Oculus Touch, HTC Vive Wand and Valve Index controllers.

The startup therefore decided to develop software support similar to that of Nintendo for virtual reality. Its new RGB Haptics package for Unity makes it very easy for developers to add high quality haptic feedback to their VR games.

Il just provide the tool with an audio file, or design a waveform using the Unity editor. The data will then be decomposed automatically by the software to match the refresh rate of the controllers for extremely precise haptic feedback.

As an example, RGB Schemes simulated the haptic effect of a ball moving in a container. A tribute to the demo of ice cubes in a cup unveiled by Nintendo during the announcement of the Switch and the HD Rumble feature.

Le RGB Haptics software is based on the Unity XR platform, and should therefore work with all VR controllers natively supported by Unity. However, it does not fully support the new Touch controllers on the Oculus Quest and Rift S headsets which rely on Eccentric Rotating Mass (ERM) actuators. This is also the case for Windows MR controllers. RGB Haptics is available now from the Unity Asset Store for $ 29,99.