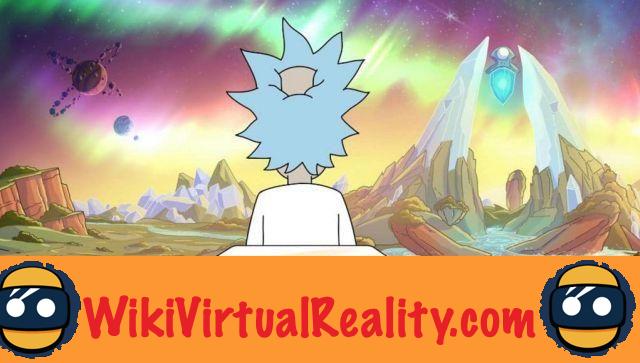 If you are a fan of the series, you undoubtedly saw the second episode of season 4 which aired a few weeks ago. Like many fans, you may have been marked by Rick's secret “toilets”: a secret, hidden, beautiful and depopulated planet on which he can really cut himself off from the world to ... do his business quietly.

However, this imaginary planet is so beautiful that we would gladly take refuge there to relax and meditate for days on end. Good news: it is now possible, thanks to a fan of the series who really, really liked the idea.

Truth be told, Evan Stimpson, developer at Soulcom Studios, loved Rick's bathroom so much that he decided to recreate it in virtual reality. His “Rick's Toilet” application is available for free on Oculus Quest and Oculus Go.

Rick and Morty: how to download the Rick's Toilet app for Oculus Quest and Go

So you can it is your turn to relax while contemplating the mountains and the Northern Lights. Whether you need some peace of mind to relieve yourself, like Rick, or just need a little peace of mind, now all you have to do is put on your VR headset and launch this app.

However, the experience is not available on the Oculus Store. To install it, you will need to download it from the unofficial SideQuest platform. To do this, simply install SideQuest on your computer and on your headset, then connect the headset to your computer via USB. You can check out our full SideQuest tutorial for more specific guidance.


Remember that this is not the first virtual reality adaptation of this series, since Rick and Morty VR is one of the most popular games on the market. In addition, a special episode in augmented reality will soon be broadcast in season 4 ...

The importance of 3D sound for virtual reality ❯

add a comment of Rick and Morty: Rick's heavenly 'toilets' recreated in VR