Rock Band VR is coming to the Oculus on March 23 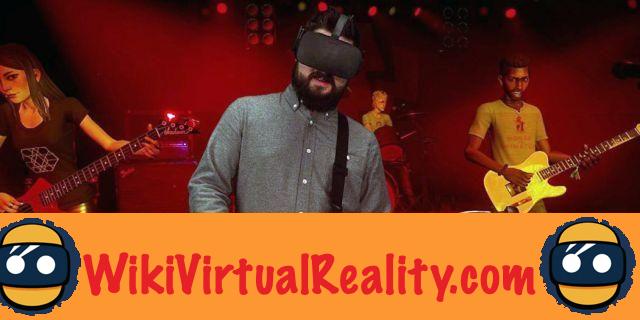 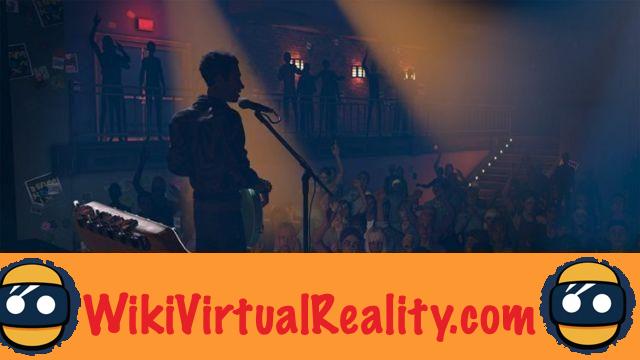 Developed by the Harmonix studio, the first Rock Band game arrived in 2002 on Playstation 2, Playstation 3, Xbox 360 and Wii. On the model of a Guitar Hero, the game allows create a virtual rock band with friends. The license then offered a microphone, drums and guitar to play music together or even compete.

VR wants to give musical games a second life

In December 2015, Harmonix announced Rock Band VR at the Los Angeles Game Awards. The title is not a sequel to the fourth iteration released on PS4 and Xbox One in 2015 but a VR edition, specially dedicated to the Oculus Rift. Scheduled for March 23, 2017, the game will be compatible with Oculus Touch, will be to be mounted on the neck of guitars. Like the system offered by Rock Band 4, the Oculus license will offer the player make agreements which will occur at certain times of each available track. Between these moments of challenge, the rocker is free : you can compose as you see fit without risking being booed by the audience.

Three titles have already been announced: by Aerosmith, by The Killers and Paramore. Once the player has selected a track they wish to practice on, they will appear on the fictional Rock Band VR stage. When the song starts, a white line representing the entire track is displayed. This line is punctuated by segments representing verses, choruses and middle 8. Colored dots will indicate chords, main element of the game. As soon as the player reaches an agreement, its structure will be displayed in the form of light points. Thanks to VR, you no longer need to concentrate on the indications of notes to play: when turning your head to take advantage of the audience, the notes continue to appear. Rock Band VR thus offers greater freedom of movement and better immersion potential.

The licenses of musical games like Guitar Hero or Rock Band allow a fun and enjoyable multiplayer experience. With VR technology, Harmonix amplifies its concept by emphasizing immersion. More than ever, in Rock Band VR, the player becomes the star adored by the public. Thanks to the Oculus Rift and Oculus Touch, the game can follow the movements of the guitar and the user's head. Headbanger and lift his instrument in the air like a real star becomes possible!

Catan VR: the famous board game comes to life in virtual reality ❯