Sales of virtual reality headsets: a messed up ranking 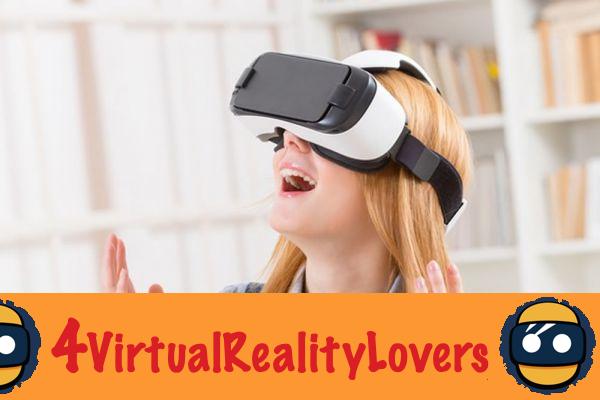 Virtual reality is an emerging market. Different major players compete for the market and compete fiercely. The 3 main manufacturers of high-end virtual reality headsets have taken advantage of the summer holidays to lower the prices of their headsets. An operation which will undoubtedly have an effect on generally weak sales during the holidays but which will be noted in the third quarter. However, the second quarter was marked by notable changes and a messed up hierarchy. 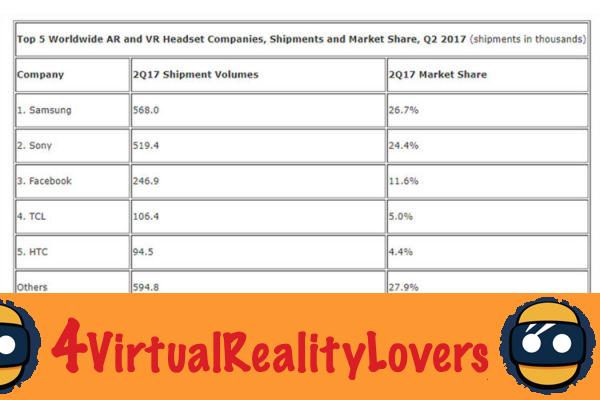 Gear VR still at the top of sales, followed by PS VR

In the second quarter of 2017, the Samsung Gear VR virtual reality headset retained its leading position with 568.000 headsets sold over this period. The Korean manufacturer therefore remains the benchmark for the sale of VR headset, which is well helped by the very affordable price of its accessory. The Samsung Gear VR represents, in the second quarter of 2017, 26.7% of sales of virtual reality headsets. 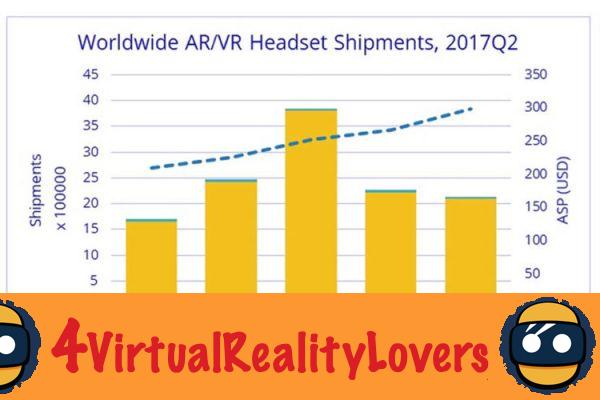 Samsung, however, is now closely followed by Sony and its PlayStation VR headset which connects to a PlayStation 4 game console. The Japanese manufacturer is taking advantage of the enthusiasm for its headset and now arrogates to 24,4% of sales with 519.400 units sold over a quarter. Very interesting results which should be boosted soon thanks to the reduction of 50 dollars granted by the Japanese video game giant a few weeks ago but also by the upcoming release of games classified as AAA and which could make players want to equip themselves.


The Oculus Rift climbs to the third step of the podium

The virtual reality headset of the Facebook subsidiary, Oculus Rift has made a spectacular comeback. Somewhat shunned when it was released and in the first quarter of 2017, the Oculus Rift saw its sales explode following a particularly notable price drop. While the Rift was struggling with the HTC Vive, its main high-end competitor, the headset is, this time, much better sold than its delightful rival thus the third place on the podium with 246.900 units sold and 11,6% market share. 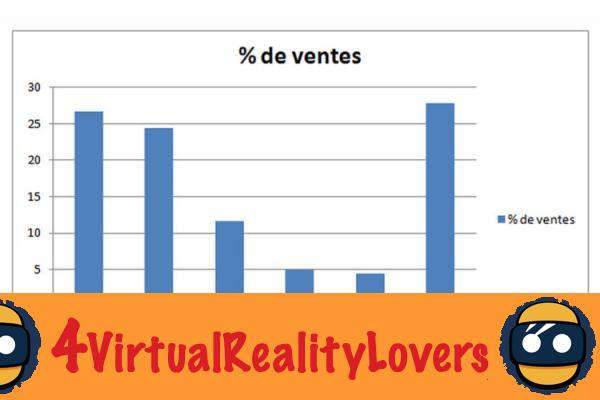 Another surprise, the Chinese TLC seizes the 4th position with 5% of sales and 106.400 VR headsets sold. Big disappointment for the HTC Vive which collapses in 5th place with only 94.500 units sold and 4,4% market share well below the Oculus Rift which it previously largely dominated.

Microsoft is considering the uses of Eye Tracking in virtual reality ❯

add a comment of Sales of virtual reality headsets: a messed up ranking