Samsung bets on augmented reality with the SXR SDK

Samsung presented an augmented reality cloud and an experimental headset to say the least. This off-screen presentation allowed us to learn a lot more about the manufacturer's AR program.

The Asian automaker held a much anticipated developer conference on November 7 and 8. The opportunity in particular to discover the future foldable smartphone but also, off after this conference, the work of the Korean manufacturer in the field of augmented reality... 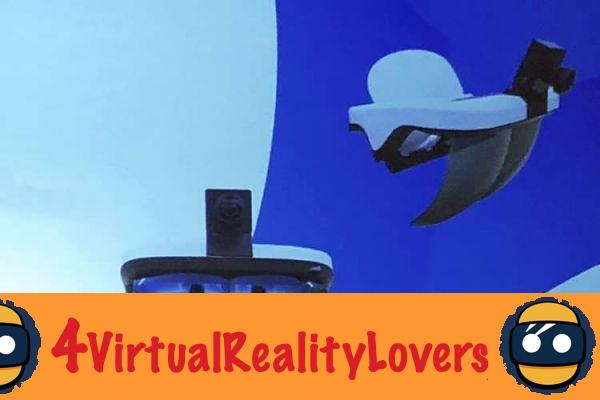 Samsung: "How to be a superstar AR developer"

The Korean company has therefore significantly improved its Gear VR Framework. This is what we were able to discover through a conference called "  ". It will now be necessary to talk about SXR SDK (pour “Samsung eXtended Reality software development kit”). First lesson, it is no longer limited to Gear VR but also works with Oculus Go and Google Daydream headsets. Above all, there is now also augmented reality on the program. So we find there ARCore compatibility, gITF files and relies on a library of 3D widgets.

Samsung does not stop at the framework alone, however. The South Korean company also presented an experimental reality headset. It has an external camera, can track movements on 6 axes (6DoF), has a controller limited to 3 axes, is Java compatible and has a Unity plugin. Samsung also wants to create augmented reality experiences that are collective. With "Whare project", we can now link a physical space to a virtual experience and share it on several devices., up to 10 people. A system similar to the one Google is working on.