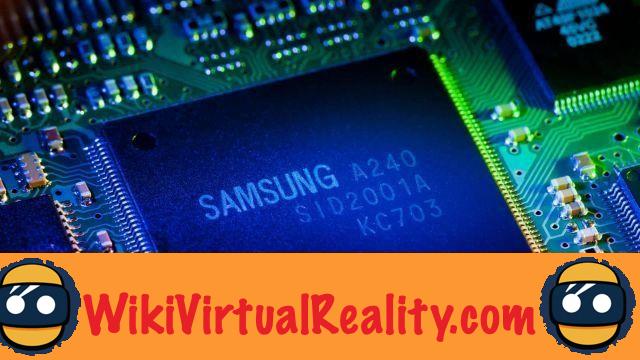 On several occasions over the past few years, Facebook has repeatedly confirmed that it is working on augmented reality glasses. However, several challenges remain to be overcome and this product will not see the light of day for several years.

Some of the obstacles to overcome include the difficulty of offering such a device sufficient autonomy. Obviously, augmented reality is a particularly energy-intensive technology.

Position tracking, in particular, risks draining the batteries in just a few minutes. In August 2019, on his blog, Facebook estimated that AR glasses would need to be 50 times more efficient energetically than the Oculus Quest. What to get an idea of ​​the energy consumed by such devices.

In order to remedy this problem, Facebook is considering using a chip specially dedicated to tracking which would greatly reduce energy consumption. According to a report published by the South Korean site The Electronic Times, the American firm could call on Samsung to produce this component.

According to the source, Samsung has already made a chip that collects and processes information about Facebook's AR glasses. A priori, it would not be a question of replacing the Qualcomm onboard processors with the Oculus Quest, but of coming to assist them to perform tasks specifically related to tracking more efficiently.

This chip could be made using the 7nm process recently developed by Samsung, already used to produce the processor of the Galaxy Note 10 smartphone. It is currently the newest and most efficient process on the market.

It is not surprising that Facebook is calling on Samsung for the production of this chip, since the South Korean giant is one of the leaders in the semiconductor industry. However, Samsung could also manufacture its own augmented reality headset as revealed by a recent patent ...

VR presentation for the OnePlus 2! ❯