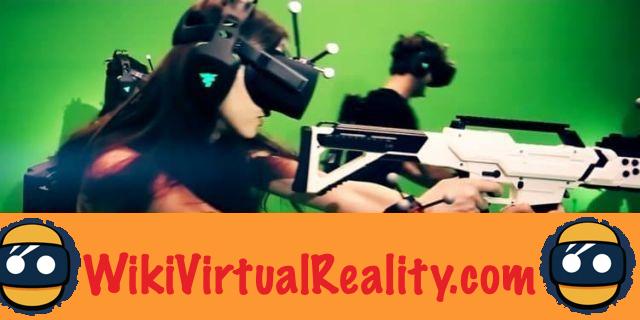 While the VR headset market is struggling to take off, out-of-home virtual reality is certainly not. The life-size experiences offered in centers or arcades are very successful, and the many visitors who let themselves be tempted generally come out in awe.

It is therefore not surprising to see the number of players multiply in this market : The VOID, Zero Latency, Dreamscape Immersive, Spaces or the French Bigger Inside are just a few of the companies in this emerging sector.

In addition, these different companies attract the favor of many investors. At the start of the year, the Hong Kong-based firm Sandbox VR announced a fundraising of $ 68 million led by Andreessen Horowitz.

However, American celebrities have also chosen to bank on the success of the company individually. This is the case of Justin Timberlake, Katy Perry, Orlando Bloom, Will Smith ou Kevin Durant who also participated in this survey.

According to Sandbox CEO Steve Zhao, adding these figures to the firm's list of investors could assist in the creation of new content in the field of music, cinema or even sports. In addition, the influence of these stars could encourage the general public to take more interest in virtual reality ...

For now, Sandbox is preparing an experience called combining virtual reality with different accessories for maximum immersion. The company is also developing a multiplayer player-versus-player game called . Eight VR centers are already open, and eight more should open their doors in the coming months ...

HTC Vive Pro: you will soon be able to use your 5 fingers in VR ❯

add a comment of Sandbox VR raises $ 11 million from Katy Perry, Will Smith and more