ScanPyramids VR: an experiment to visualize the latest discoveries of the pyramid 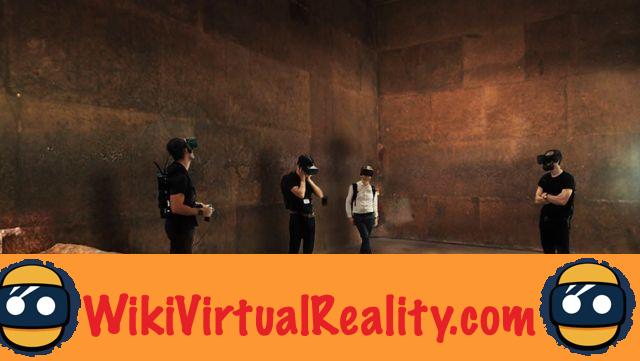 You've probably heard of it. On November 2, the ScanPyramids teams, which are mapping the pyramid of Cheops in search of secret places, published the result of their study which caused a stir. Researchers have indeed discovered a vast cavity, hitherto unknown, at the heart of the great pyramid.. Quickly, the craziest theories circulated about this secret and inviolate chamber and what it might contain. 3D imaging specialists accompanied these researchers and carried out an exceptional virtual reality experience. 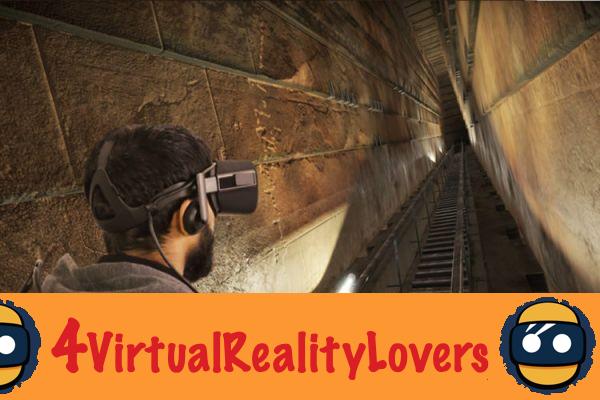 ScanPyramids VR: to discover the pyramid of Cheops like never before

It is the Parisian company "Emissive" which designed the virtual reality experience in collaboration with the experts of the ScanPyramids team which probes, thanks to the non-invasive technique of muons, the great pyramid in search of secret rooms. . The experience, which is installed at the city of architecture in Paris, presents the pyramid and the discoveries that have recently been made within it in a completely new way.. In a space of 300 square meters, groups of visitors, equipped with an Oculus Rift virtual reality headset, follow a guide who makes them discover the hidden secrets of the pyramid. 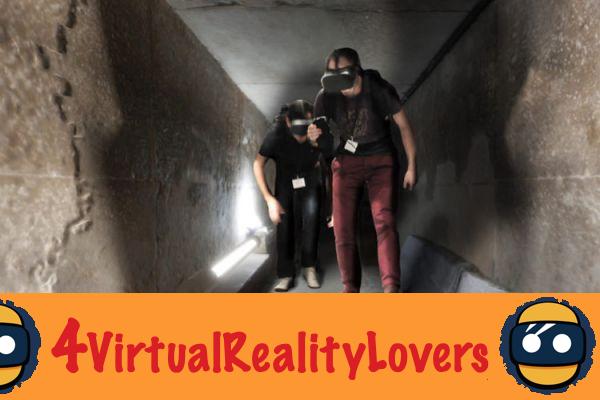 The scenario, totally original, has adapted to the typology of the space of the place. With ScanPyramids VR, visitors can browse the galleries and virtually visit the different rooms, even those that are closed to the public. Different points of view are offered. On a full scale of course but also on a reduced scale to better visualize the whole of the pyramid. It is also possible to see through the walls to discover the hidden rooms.


ScanPyramids VR is the future of exhibitions

For the managers of the French company, "Emissive", no doubts. ScanPyramids VR represents the future of virtual reality exhibits. These new types of virtual exhibitions allow the visitor to be transported both in space and time. The originality of this experience also rests, to a large extent, on the adaptability of the experience to the environment in which the exhibition is held.

ScanPyramids expert teams analyzed the Great Pyramid of Cheops using non-invasive techniques so as not to damage the structure. Using thermography and muon radiography, scientists notably discovered a room, the size of an airplane, hidden in the heart of the pyramid.. It is difficult to know, for the moment, if it is a room or a set of rooms and corridors. Further research will need to be done. This information had however created a real buzz and ignited the spirits when with what one could discover there.

PSVR: Moss is the highest rated and most downloaded game ❯

add a comment of ScanPyramids VR: an experiment to visualize the latest discoveries of the pyramid