SideQuest, the app sideloading platform for the Oculus Quest VR headset, will benefit from a revamped interface very soon. A preview has surfaced online.

So you can see below a screenshot posted on reddit and spotted by the UploadVR site. In fact, SideQuest has already confirmed the authenticity of the image, apparently taken from a working version of the system. Shane Harris, creator of the platform, claims to work on new discovery tools.

However, it should be noted that this graphic redesign does not completely change the SideQuest interface, which remains rather familiar. Thus, the new design should look a lot like the one we know today. That said, the side menu bar will soon have a filtration tool. In addition, smaller thumbnails will allow you to see a larger number of featured apps. 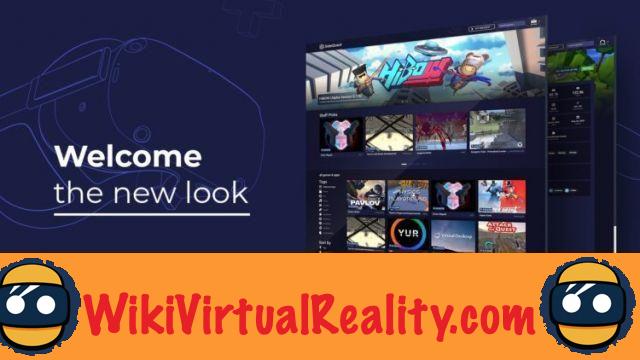 A new interface that highlights the strengths of SideQuest

As a reminder, SideQuest celebrated its first anniversary in May with already more than 500 applications in his library. With such a rich offer, facilitating research has therefore become a necessity. Without a doubt, these new features will only reinforce the platform's success with developers, already attracted by greater freedom compared to the official store.

But in the face of this, Facebook is not standing still. Mark Zuckerberg's firm will indeed unveil a new distribution channel for the Quest in 2021. In fact, this future method will no longer be as restrictive for developers as the one in effect. Thus, we should no longer need to go through sideloading.

Speaking to our colleagues at UploadVR, Shane Harris hopes his platform has contributed to this change in attitude of Facebook. It must indeed be conceded that SideQuest showcased independent developers, something that will continue with its new interface. To this, Harris adds working on other ways to further integrate his platform into the Oculus ecosystem. The goal ? An even simpler user experience.


If we know that it is soon, no precise date is available on the deployment of this graphic redesign.