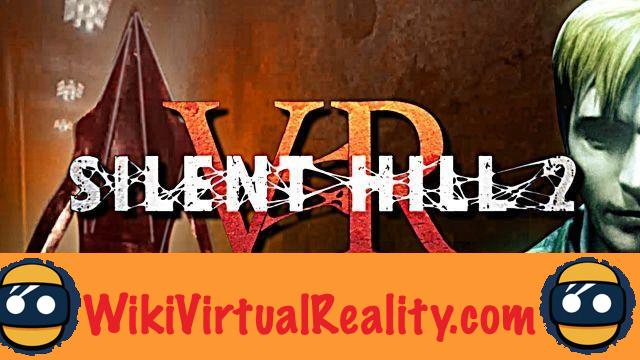 With is considered one of the biggest horror video game sagas. What if, like, the series had a virtual reality opus?

The result could be very convincing and particularly frightening. This is what suggests a concept trailer made by a fan for a VR adaptation of the mythical released in 2001 on PlayStation 2.

Created by David Post, the video re-imagine several cult moments of the game in the age of virtual reality. The action thus passes to the first person, and the fights against the emblematic monstrosities of the saga only become more intense. In the trailer, a puzzle of the game has also been redesigned for virtual reality.

Similarly, a chase sequence with the terrifying "Pyramid Head" makes your blood run cold. Each time the player turns around, the monster gets a little closer to him ...

Note also the fact that the player must hold his radio and his card in his hands, further adding to the feeling of immersion and pain. The virtual reality seems to be the ideal medium for this legendary saga.

Unfortunately it is unlikely that a real game will see the light of day on PSVR. Remember that the game, the ninth installment in the series, was finally canceled in 2015 after three years of work following the dispute between Konami and Hideo Kojima.


The latter finally focused on his project, which is also adapted in virtual reality by a fan. Nevertheless, one can always hope that Konami propose a remake of in VR, like that of the game ...

add a comment of Silent Hill 2: the trailer for the VR remake directed by a fan