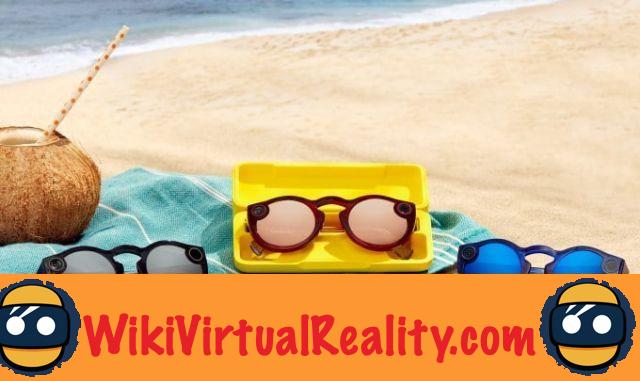 : After long months of waiting, the Snapchat Spectacles V2 have finally been officially unveiled by Snap. Unfortunately, contrary to what several information leaks and patents filed by the company suggested, these new glasses do not offer augmented reality features.

The main differences with the first version are small dimensions, water resistance, improved audio quality and the possibility to take pictures. As a reminder, the previous model only allowed to record videos. Another improvement: Photos and videos are now captured in HD and transferred to the Snapchat app four times faster.

The wireless camera, embedded in the glasses, is activated by pressing the video recording button. Press and hold to take a photo. These new glasses are available in three colors: black, red, and blue. The colors are less flashy than those of the first version, which makes this accessory easier to wear in public.

Snapchat Shows V2 will be available soon for the sum of 149,99 dollars (against 130 dollars for the first version). Those who were hoping for augmented reality features will probably have to wait for the V3 Shows.

Sooner or later, it seems certain that Snap will launch augmented reality glasses. The American firm is closely interested in this technology. In addition to its pioneering status in augmented reality filters, it has also just launched new AR features for its application. It is now possible to shop in augmented reality on Snapchat, and the platform will also soon offer video games in AR.

: Last year, Snap marketed its Snap Spectacles connected glasses for a price of $ 129,99. This accessory was mainly used to take photos and videos and post them directly to the social network Snapchat adored by adolescents. Today, an internal source reveals, on condition of anonymity, that the firm is developing a second version of the device in complete secrecy. same within the company, among the 1800 employees, very few are aware of this project. No one knows when this product will be released, and no one knows the technical details.

This new version would in any case be very different from the first. It would include augmented reality features. Last month, the publication of a patent filed by Snap in November 2015 actually suggested such a novelty. The document in question detailed a system of glasses capable of detecting the user's position in order to display content around him on the screen. 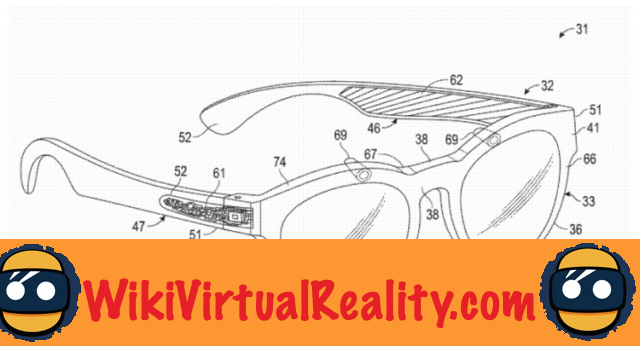 Last April, the Snapchat app got an augmented reality feature called World Lenses, allowing users to place digital objects around them. Unlike masks and filters, these 3D objects can be bypassed by users for a few moments before disappearing. The app and the future Snap Spectacles version 2 glasses therefore seem ready to welcome augmented reality.

According to our American colleagues from the news magazine on new technologies "TechCrunch", Snap Spectacles version 2 should add live filters. We do not yet know if the filters would be applied on the vision and therefore look at its environment in which a filter would be added like seeing your lover surrounded by floating hearts or even simply added directly to the pictures or videos taken. Adding filters directly to the environment would undoubtedly be a concept that will delight Snap fans. The ghost application is very popular with teens who love these filters. Adding a live filter would therefore be a big plus for these Snap Spectacles 2 glasses. 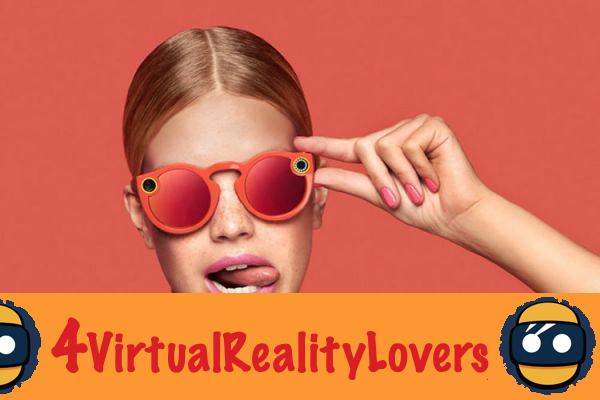 The youth of Snap users is also its weak point. Indeed, this public born after the year 2000 is not the ideal public to sell such a product. This also caused the Snap share to tumble on the stock market shortly after its IPO.. Investors increasingly doubting the profit potential of the ghost app. The competition brought by Facebook which wants to slowly kill Snap is also another major concern for the app popular with teenagers. Perhaps the announcement of the release of the Snap Spectacles 2 glasses could give investors confidence.

The patent filed in November 2015 also refers to other products, in addition to glasses, such as an augmented reality headset or an AR viewfinder. We could also find augmented reality features on future Ctrl Me drones, a small specialized startup bought by Snap some time ago. Finally, remember that the firm plans to market a 360-degree camera. Either way, it's likely that the Snap Spectacles 2 will be the first augmented reality product released by the Venice firm. 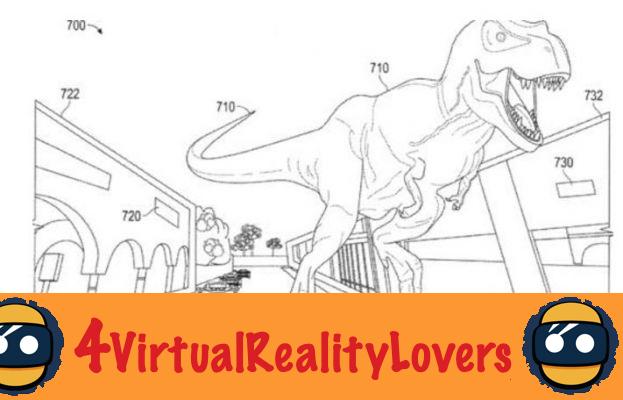 Gradually marketed in the United States before finally being rolled out internationally, the first generation Snap Spectacles were launched without turmoil. Despite their innovative character, these connected glasses did not make a lot of money for the company. Snap did not disclose how many copies were sold, but analysts estimate that around 34.600 pairs were sold in the fourth quarter of 2016, and around 63.800 in the first quarter of 2017. In other words, the Snap Spectacles glasses would have grossed $ 4,5 million and $ 8,3 million in those two quarters of the $ 149,6 million earned by Snap in the first quarter. 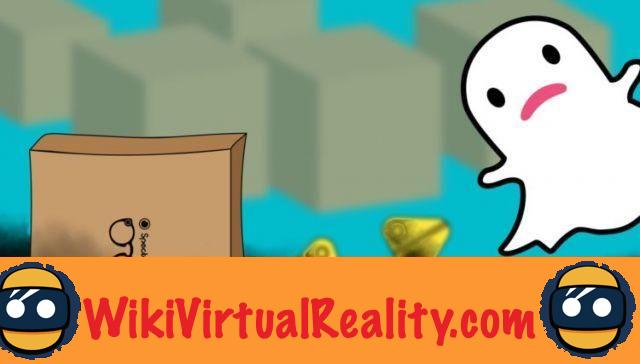 Initially announced on September 24, 2016, the Snap Spectacles V2 went on sale for the first time from November 10, 2016. The initial demand was very strong, but it was not until February 20 that the glasses were available on the internet. in the United States, and even June 2017 to be able to order them in Europe. In the meantime, the hype had largely fallen, and Snapchat users weren't even expecting this product anymore. It's no wonder, knowing that Snap's clientele is mainly made up of teenagers who tire quickly, very quickly.

Especially since the first users were not really convinced by this product. According to Business Insider, less than 50% of first-time buyers continued to use them after a month. The possibilities offered by the device have not been clearly explained by the company either, and it must be taken into account that many people remain afraid of connected glasses with cameras. No one wants to be filmed without their knowledge, and despite the light signal supposedly indicated clearly when the glasses are filming, the accessory remains frowned upon in society. A problem that could also arise with V2.

If we add to this a very moderately sober design, we can understand why only 0,08% of Snapchat users have chosen to adopt Snap Spectacles V1. In total, Snap ended up with $ 40 million in inventory of unsold glasses, and is trying to sell them in stores in the United Kingdom. However, we can hope that the strategic errors made with V1 will be corrected during the launch of V2. In addition, augmented reality should bring much more interest to the accessory and therefore attract more consumers.

As our American colleagues reminded us, the marketing of Snap Spectacles 2, are, for the moment, at the stage of rumors linked to a leak wishing to remain anonymous. Even though it is obvious that Snap is certainly working on a version 2 of its Snap Spectacles glasses in particular by adding augmented reality, no official information has filtered. 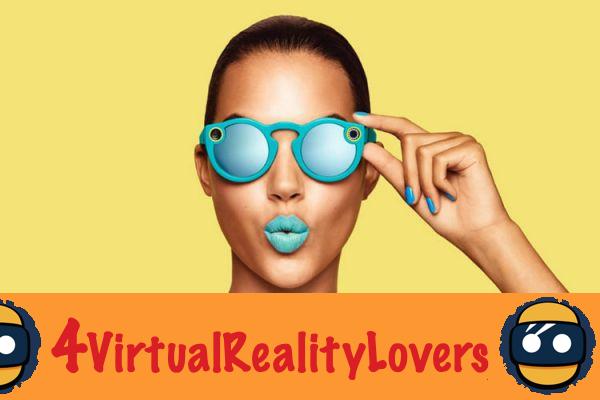 Augmented reality and mixed reality are technologies that interest the biggest names in new technologies. Apple, Microsoft, Facebook, among others, have shown great interest in AR and are working on their own project. Snap is therefore not the only player in this market and could suffer from competition from these heavyweights in High Tech for Snap Spectacles version 2 glasses..

It should also be remembered that the filing of a patent does not always lead to a marketable product. Problems that may arise with the first prototypes or even the project that may be deemed uneconomic or too expensive. Either way, the development of augmented reality glasses takes time, even if they are only glasses offering only a few AR functionality without interaction. It will therefore be necessary to wait to have a confirmation of Snap Spectacles 2.

A version 2 of Snapchat's Spectacles smart glasses in 2018

Despite a certain disappointment with his Spectacles glasses, Snap is already working on a version 2 that will be released in the third quarter of 2018 according to a report recently released by Cheddar. It is in fact more of a confirmation than a scoop as the clues seemed obvious on a version 2 of the glasses of the ephemeral network.

According to the report of the American cable channel specializing in innovative products, Cheddar, Snapchat's future Spectacles glasses coming out later in the year would actually just be a performance improvement from the first version as well as a bug fix. glasses for taking pictures and sharing them on the ghost's social network. 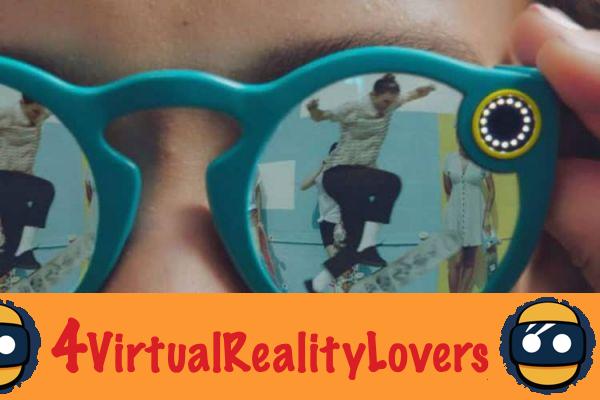 A pressing need linked to the fiasco of the current Spectacles glasses. According to Evan Spiegel, CEO of Snap, Spectacles glasses are far from having faded success. Only 150.000 copies have passed so far as hundreds of thousands of Spectacles languish in warehouses while waiting to find possible takers. The company Snap, parent company of the Snapchat social network, lost nearly $ 40 million with this failed launch. A loss that comes on top of that of users who have decided to boycott the ghost social network since the last update.

The real surprise coming from the report of the American cable channel, however, concerns a third version of Spectacles on which the Snap teams would work. While version 2.0 would only be a modest improvement, version 3.0 would truly move spectacle glasses into smart glasses. Version 3 of the glasses would be released in 2019. According to the report's authors, version 3.0 of Spectacles glasses could include "". Spectacles glasses coming out in 2019 should also include GPS.

On the design side, the third generation Spectacles should be equipped with a round aluminum frame and a leather case. While the current version of the Spectacles sells for $ 130, the third generation should be marketed at a price of around $ 300. A price that resolutely places the Spectacles 3.0 in the heart of smart glasses. For the moment, Snap's management has declined to comment on the report published by the American chain Cheddar. 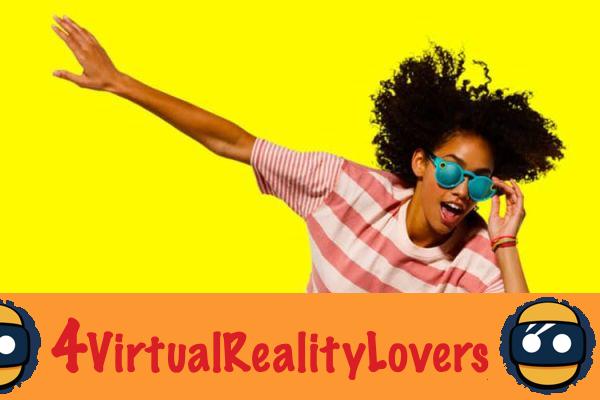 A daring bet for Snap after the fiasco of the first Shows and when we know that the majority of users of the ghost network are very young, often teenagers who do not have all the means to spend 300 dollars in Shows. Spectacles version 3.0 could also face fierce competition from Apple's augmented reality glasses which, even if they remain completely secret, could also be released in 2019.

Intel could launch smart glasses in 2018

Triangular Pixels - Take your cat to VR with the VIVE Tracker

CES 2019: DisplayLink presents its wireless adapter for the Oculus Rift