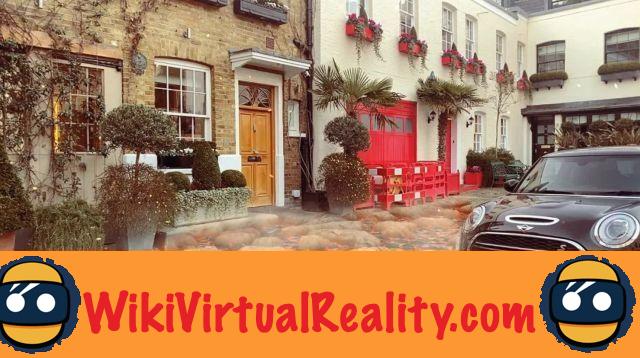 With its Lenses filters to disguise yourself or altering the landscapes that we film with our smartphone, Snapchat has made a major contribution to democratizing augmented reality. Over time, through its early investment, the social network has even established itself as one of the pioneers of this nascent technology.

Today, Snap confirms its status as a technical innovator with two new Lenses to transform the soil on a video filmed on a smartphone. This new real-time augmented reality effect allows you to replace soil with lava or water.

To achieve this feat, a segmentation system first uses Machine Learning to identify the floor and isolate it from the rest of the background. The soil is then replaced with the chosen liquid. Of course, this process takes place in real time and the effect is applied to the user's live video stream.

Both effects are convincing, and washes it more particularly thanks to the presence of smoke, haze and particles. However, the system is more efficient outdoors. In indoor or low contrast environments, the effect can be applied to impromptu places in the image.

However, the machine learning model will learn over time and improve to become more and more efficient. These two new Lenses were created using an in-house version of Lens Studio which may be released to the public in the near future.

As a reminder, Facebook and Google also offer open source image segmentation tools. However, Snapchat's tool stands out for its ability to run in real time on any smartphone...