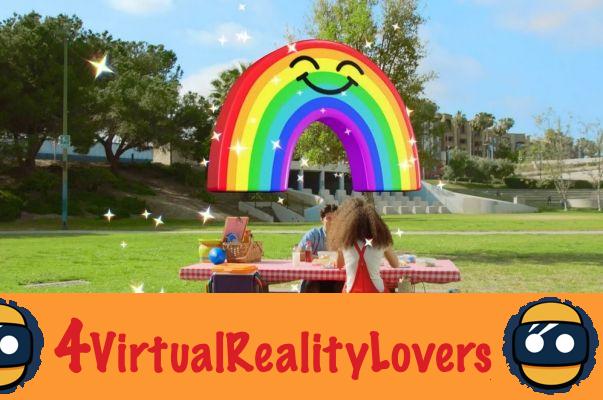 With its famous lenses, allowing users to disguise themselves as a dog or a rabbit, Snapchat was one of the first platforms to launch into augmented reality and popularize this technology. However, now Snap Inc faces stiff competition from bigger platforms like Facebook and new entrants that appeal to younger people like TikTok.

After a very difficult year in 2018, the American firm managed to find its way back to growing its user base in 2019. This improvement is notably linked to the introduction of new augmented reality features, such as the Scan platform or the Snap Games games.

Logically, Snap Inc therefore intends to continue its momentum by continuing to bet on augmented reality. This Tuesday, August 6, 2019, the company announces its intention to raise $ 1 billion to develop new augmented reality features and perhaps acquire other companies specializing in this field.

Snapchat is betting everything on augmented reality

In a memo communicated to employees and obtained by the Reuters agency, CEO Evan Spiegel unveils his desire to "continue to focus on the development of augmented reality, gaming and content platforms in order to improve the Snapchat experience for the community".

Investors who choose to participate in the project will have to wait until 2026 to be reimbursed in cash, in shares or with a combination of the two. According to his own words, Spiegel intends to seize the opportunity offered by the current low interest rates. Many investors have already answered the call, and fundraising should be completed by the weekend.

At this time, it is difficult to predict which new augmented reality features Snap Inc plans to develop. However, this massive investment highlights the extent to which augmented reality is seen as a stake for the future by the tech giants. Remember that Facebook and Apple are both preparing augmented reality glasses, while Samsung has patented AR lenses equipped with a camera ...