Sony claims the human brain is getting used to virtual reality 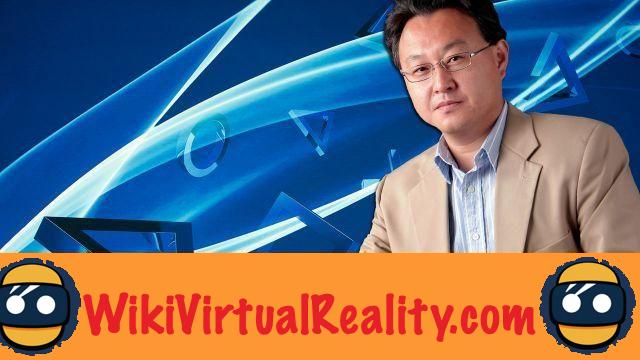 Motion Sickness is a very unpleasant feeling, which can literally ruin the experience of virtual reality for the users who are victims of it. This sensation, comparable to seasickness, causes nausea when the player's avatar moves in VR while his body is static. Some feel it immediately as soon as they dive into the virtual, while others can keep their headphones on for hours without feeling any discomfort.

However, during the Tokyo Game Show, Sony's Shuhei Yoshida revealed to Famitsu magazine. that the human brain seems to adapt to virtual reality. Over the past three years, users of VR headsets have thus "become accustomed" to VR and are less and less victims of Motion Sickness.

As an example, Yoshida quotes experiences like Borderlands 2 VR or Skyrim VR. These two games, available on the PSVR, offer the player two modes of locomotion: by teleportation, or by free movement. This choice is left to users precisely because “sensory disturbances are less and less likely to occur as the brain becomes accustomed to VR”.

Likewise, the Iron Man VR game which will be available on PSVR very soon allows players to fly in any direction. However, the experience is fluid and natural and does not cause a feeling of nausea. According to Yoshida, "no VR game offers such freedom of movement today." However, remember that the Echo VR game on Oculus Rift launched in 2017 also allows you to fly freely without causing Motion Sickness ...

Be that as it may, the examples cited by Yoshida demonstrate that the design of VR games has gradually evolved since the launch of first-generation VR headsets in 2016. While developers originally avoided letting players move freely to avoid discomfort, they now give them more freedom.

This development is partly due to the fact that users of VR headsets are getting used to it little by little, but also to the invention of new Game Design techniques allowing to give the illusion of movement without disturbing the responsible inner ear. of Motion Sickness. If this trend continues, it will soon be possible to move around as freely in VR games as in classic video games...

The Playstation VR Experience offers a tour of France ❯