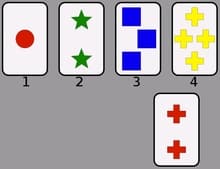 For the moment in the shadow of the Oculus Rift, Sony has confirmed its interest in an augmented reality headset for the Playstation 4!

Thunderclap in the world of high-tech and video games! After the huge success that the Oculus Rift has had at E3, an American exhibition dedicated to video games, one could expect that the headset would be requested by big video game companies like Sony, Microsoft. or Nintendo. This is not the case except Sony, surely blown away by this new technology, announced that they were working on a prototype of an augmented reality headset for their Playstation 4!

According to the famous Eurogamer site, Sony would already have a ready-made prototype which should have been shown during the Gamescom fair. However, senior Sony executives were unwilling to make an announcement or show off the prototype, preferring to wait a bit to perfect their toy. It is true that with the presence once again of the Oculus VR team, it was difficult to offer an experience that may not yet be developed.

While Sony's headphones haven't yet shown their face, there's a studio behind them. Evolution Studios is a talented development team behind the excellent Motorstorm series and currently on the Playstation 4 exclusive DriveClub racing game. Rumor has it that the studio is developing a compatible version of the game. with the augmented reality headset of the Playstation 4. This would allow you to drive with the impression of being behind the wheel and thus be more precise. There is no concrete proof at the moment but we hope that all this will be revealed soon.

add a comment of Sony is developing an augmented reality headset for its PS4!