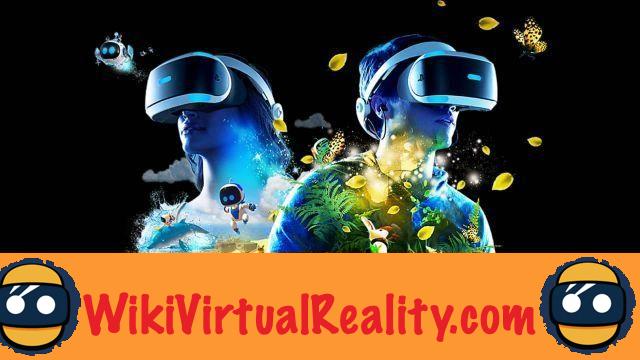 Thanks to a job offer recently published by Sony Corp in Japan, we have confirmation that the giant is working on a future “next-gen VR headset”.

The announcement states that the 15 successful applicants will work on the mechanism that operates the optical system. But they will also take care of the chassis or the heat dissipation system. All to ensure “beautiful images and great ease of use for consumers”.

What does Sony mean by next-gen VR headset?

At first glance, one might think that this is the future PSVR 2. However, some clues suggest that this is another VR headset.

Thus, the offer was published by Sony Corp and not Sony Interactive, its subsidiary responsible for the PlayStation. In addition, part of the announcement indicates that the project is for a device that will not be released for 5 years.

If the UploadVR site has some reservations about the accuracy of the translation of the ad in Japanese, in any case, speculation is rife. Indeed, if this chronology turns out to be correct, it could be that we are talking about the future PSVR 3.

It could even be a standalone VR headset or for PC, taking into account the division that posted the ad.

In any case, this offer on a next-gen headset once again demonstrates Sony's interest in the VR sector. And this, even if the company plays in the long term.

Thus, it follows the announcement that the future PS5 will be compatible with the first PSVR. In addition, while waiting for this mysterious helmet, we will still have the PSVR 2, even if it will also be necessary to wait after the end of the year holidays for this one.


Note that the job posting has no specific date, Sony simply indicating that it is recent. We only know that it was published between late July and early August based on other websites.