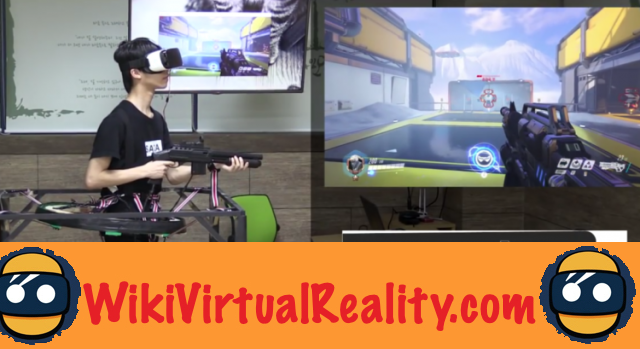 While many claim it, there is as yet no official version of Overwatch in VR. But aficionados of the Blizzard gaming world have more than one trick up their sleeve. Young South Korean students have created a unique Overwatch VR experience by building their own platform, visually quite similar to the Virtux Omni, to move around in the game..

In a YouTube video, the students behind this project detailed the Necessary material to the achievement of their feat. The VR platform integrates a treadmill. To move, the player just needs to lean in the direction in which he wants to go. At first glance, observing the use of a “simple” VR Gear, one might wonder if this is not a staging, a hoax. Samsung's headset was actually hooked up to several Arduino microcontroller boards as well as an IBM sensor, a button, a motion detector, a ball bearing and finally a PC. 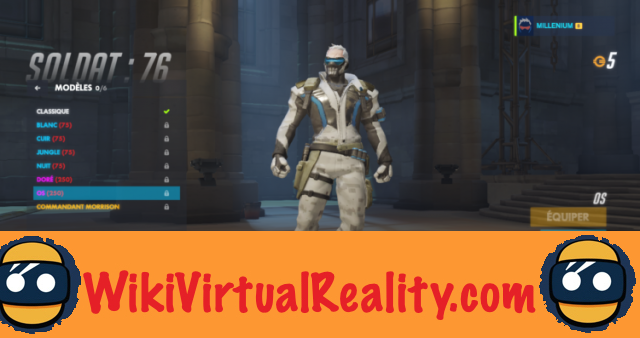 As part of their high school science club, the group of Korean teenagers decided to create Sata-watch, a real artisanal console which allows you to enjoy an immersive and unprecedented experience of the Overwatch game, thanks to VR. The installation allows a support for multidirectional movements and a firearm to shoot virtually. With the character Soldier 76, the use of the VR headset becomes even more relevant. If you want to use your Tactical Visor ability, like the character, you will only have to touch your Gear VR to shoot. The project, still in development, is functional, as evidenced by the video. If you feel like it, this one details the installation process to enjoy Overwatch in VR. However, it will be necessary to note a certain latency between the movements of the user and those of his character within Overwatch. If young high school students have obtained such a result in a few weeks, let's hope that Blizzard is inspired by it to offer a VR experience of its latest flagship license.