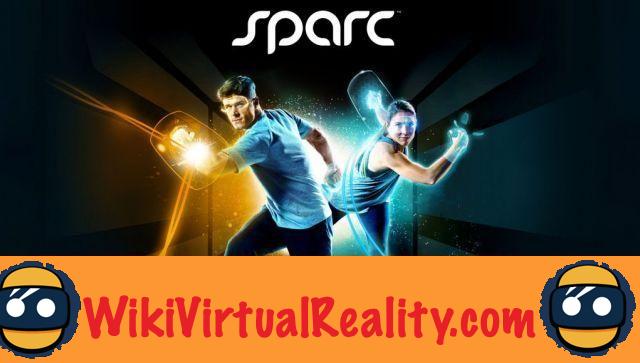 For several years now, CCP Games has been a renowned developer in the virtual reality market. The firm is in particular the originator of very successful VR variations of its Eve Online MMORPG. The games Eve: Valkyrie and Eve: Gunjack are among the most popular games in the Oculus Rift and Samsung Gear VR today. During E3 2017, and more precisely during the Sony conference, the studio announced Sparc, a game completely detached from the Eve franchise, presented as a title resolutely turned towards competitive vSport. 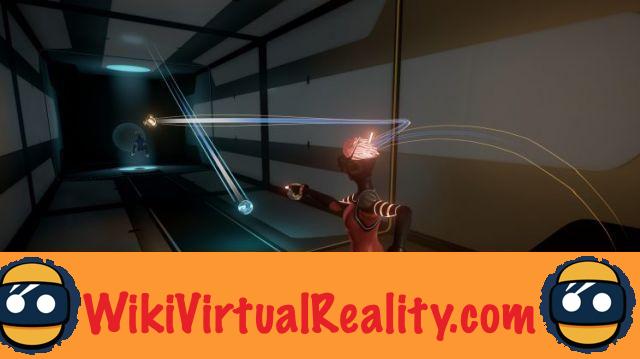 Formerly known under the code name Project Arena, this game is the result of experimental work carried out by CCP Games around motion-sensing controllers. From its presentation at Eve Fanfest 2016, the prototype was particularly impressive. With dynamic gameplay, combined with spectating features, this videogame embryo hinted at the potential of eSport VR for the future. According to CCP, Sparc is a “vSport” game, a virtual sport, in which the user has to use their whole body.

When it was presented again as Sparc at the last E3 in Los Angeles, the changes made gave the game a truly sporting aesthetic. The disks have been replaced by bullets, and the design of robotic avatars has been refined. The spectating features have been preserved, and allow players to wait in a friendly way while waiting to start a match, or simply to watch other users have fun. The title will offer many modes for two players, but also challenges and a training mode for one player. Users will be able to customize their avatar with many options in order to impress their opponents.

Initially, Sparc was due to launch on HTC Vive, Oculus Rift and PSVR in 2017. Finally, it will first be sold exclusively on PSVR from August 29th. A demonstration will be presented at Gamescom 2017 in Cologne, Germany. Players will have the opportunity to experience the single player mode and practice while waiting for the game to launch and the competition to begin.

Thanks to this exclusivity, the PSVR will be able to keep its head high against the Oculus Rift and its excellent vSport Echo Arena game. The HTC Vive should soon benefit from a similar game exclusively. Unfortunately, this business strategy greatly limits the potential number of users on each title. However, to be really interesting, a vSport game must bring together as many players as possible. It is saddening that the major players in the consumer VR headset market are putting their interests ahead of those of the industry.

Sony is developing an augmented reality headset for its PS4! ❯