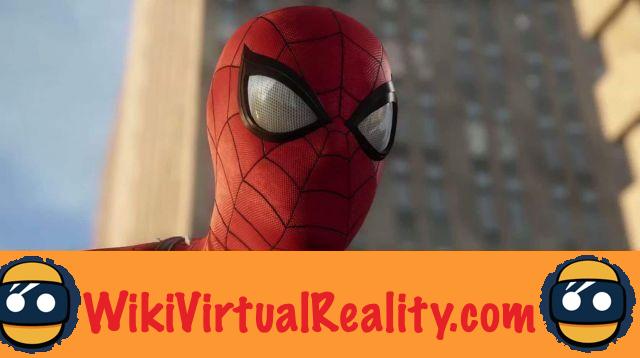 The passion and selflessness of the self-employed can sometimes open more doors than the millions of dollars of industrial giants. The proof today with a fan-developed Spider-Man VR experience, which outperforms the game recently released by Sony or even the previous Spider-Man Homecoming VR in many ways.

In a video posted to YouTube, developer nimSony reveals the progress of his Spider-Man VR project. In particular, it is the impressive hybrid presence system and physics management which are highlighted in this new demo.

In this experiment, it is not possible to cross walls with objects as is the case with a large number of existing VR games. The objects are physically realistic, which makes the game much more immersive.

Take escalation sequences for example. To climb a wall, Spidey will have to hang on to one hold while grabbing the next to then pull himself up. The process is much more realistic than that proposed in Sony's. During a fall, it is even possible to slow down by placing both hands against walls.

Similarly, when the player throws his spider web, the thread stays hooked to his hand. So it is possible to swing in the air and propel yourself like the real Peter Parker. A dream come true for fans of the Marvel superhero.

Sadly, this is only a technical demo and it is unlikely that this experience will ever become an official game. However, we can wholeheartedly hope that Marvel will take inspiration from this project for the next Spider-Man VR game ...

add a comment of Spider-Man VR: an ultra-realistic fan-made experience