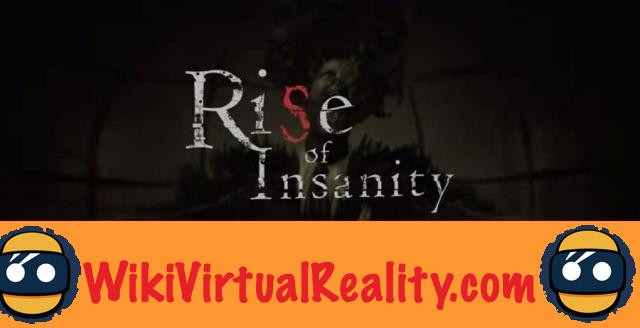 Virtual reality and dread often go hand in hand. The psychological thriller Rise of Insanity was released on PC last March on PC, after a period of Early Access. The first-person game has benefited from generally positive feedback, as can be seen on Steam. RV enthusiasts particularly salute its remarkable history and very good immersion.

Indie development studio Red Limb Studio has obviously pulled it off because it just ported it to Playstation VR.

Rise of Insanity: A Success Story

The second title from the developers calls on references such as Silent Hill, Shining or the Exorcist. In the United States of the 1970s, Dr. Stephen Dowell, a renowned psychiatrist has to deal with a difficult patient. He suffers from multiple adverse symptoms. At the same time, the doctor's life is shrouded in mysteries.

“”, This is how Red Limb Studio poses the stakes of Rise of Insanity in the Steam description.

You will have to solve puzzles, explore spooky environments and surely jump from time to time. Jump scares oblige.

Rising prices and incompatibility with the PS Move

Note that Rise of Insanity on Playstation VR is to be reserved for English speakers. The voices are in Shakespeare's language, but we French people have no luck with the subtitles. Indeed, these are already available in German, Russian, Korean, Traditional and Simplified Chinese, Portuguese, Polish, Spanish and Italian.

In addition, the game is not compatible with Playstation Move, just as the PC version does not work with Oculus Touch or HTC Vive controllers.


Finally, the developer charges you for the cost of the port. This PS VR version costs 14,99 euros against 9,99 euros for the PC version. The price to pay for a scary experience.

Do not buy the Vive Deluxe Audio Strap headphones! ❯