2016 is the year of virtual reality, the growth of these simulated environments is capable of changing our lives and the tourism industry intends to take advantage of it. intends to offer its own immersive experience through a casting whose main objective is to select its next 360-degree videomakers. 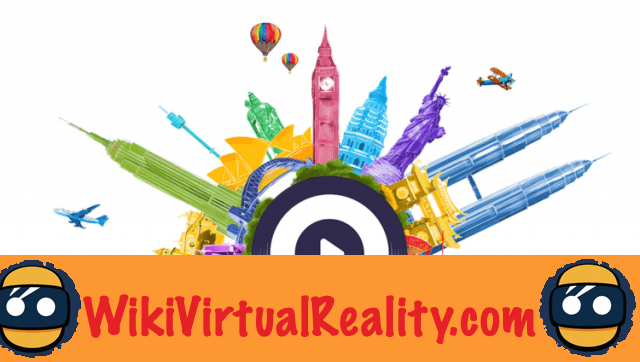 The group is experimenting with this new form of expression this month in partnership with the American start-up specializing in 3D modeling. From June 27 to July 22, 30 strangers will be offered the famous Samsung Gear 360 ° to film their journeys in peripheral view within one of the 6 buildings of the group  respectively located in New York, London, Sydney, Penang, Kuala Lumpur and Manila. To answer the call, it will simply be complete the questionnaire made available to you while highlighting your experience in producing “GoPro” style video content.

“We’re actually going to be putting prosumer cameras in the hands of hotel guests as well as our own team and social media influencers to actually tell the St. Giles story on the ground in 360,” – Rob Sabatini, creative director and co-founder of Piranha.

Si St Giles Hotels voluntarily deprives itself of professional talent in favor of that of the prosumer, this “home made” quality remains profitable for Samsung and thus highlights the performance of its camera. The Gear 360 °, which can only be used with the brand's helmet, is one of those tools offering an authentic and true 360 ​​° rendering. This campaign is a real publicity stunt for the Korean manufacturer where everyone is a winner. The recorded shots will be used for marketing purposes and a dedicated application will allow you to view the content filmed with a Cardboard, one thinks very easily of the Samsung Gear VR.

The experiment offered by St Giles Hotels seems to be a good approach in the new forms of free advertising. The group thus demonstrates the interest of the tourism sector for virtual reality technology. All of this contributes to the democratization of this type of content, mainly intended for platforms like Facebook or YouTube. As a result, this concept also underlines the ability of VR to open up to a public who has not embellished their daily life with helmets.

Pokémon Go: all you need to know about the three Ultra Bonus weeks ❯