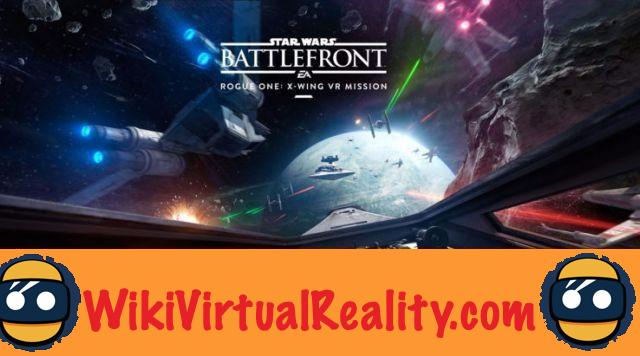 Star Wars fans are impatient. On December 15, the film will be released in theaters around the world. This feature film is the first official spin-off of the famous saga. He takes place between Episode III and Episode IV, and looks back at how the Rebels managed to capture the Dark Star plans.

It is therefore a homecoming, since the script takes place just before the very first film of 1977. The trailers foreshadow a captivating film, with new charismatic characters and especially the great return of Darth Vader, totally lost in the dark side of the Force. We can therefore expect a darker and more mature narrative than that of Episode VII, and many references to the original trilogy. Something to delight enthusiasts from the start! 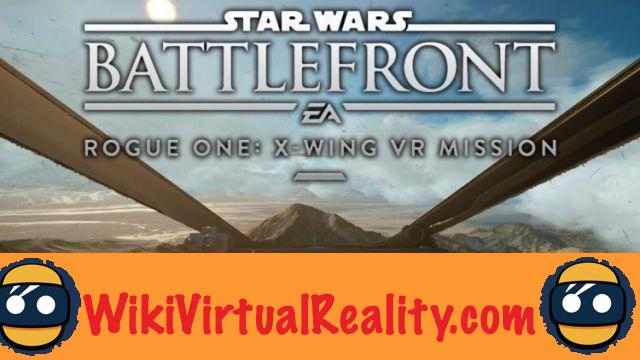 While waiting for the release of this promising film, fans can take the trouble with patience with a virtual reality experience inspired by the blockbuster and created by DICE. This video game will be available exclusively on PlayStation VR on December 6, according to a statement posted on the blog of publisher EA.

Title will be offered for free to all owners of the game released last year on PS4. This game is currently available for around € 15. It is not yet known whether it will be possible to acquire the virtual reality experience independently.

As indicated by his name, puts the user in control of the famous X-Wing spaceship, emblematic of the Star Wars universe. The player is responsible for performing a

The concept art indicates that will also find the new U-Wing, first shown in the new movie. On the other hand, don't expect to indulge in lightsaber fights in this experience. If that's your wish, you'll need to download it instead, available for free on HTC Vive.

A priori, this new game will be short lived, like, launched for free on PSVR a few weeks ago. Fans will not be hungry for more, as content focused on will also be available for the same day.

- Star Wars virtual reality experiences are on the rise. Recently, the 360 ​​° Rogue One: Recon short film was revealed. This video produced by ILMxLAB tells the story of an X-Wing pilot. In addition, the studio is currently working on an interactive VR experience on the story of Darth Vader.