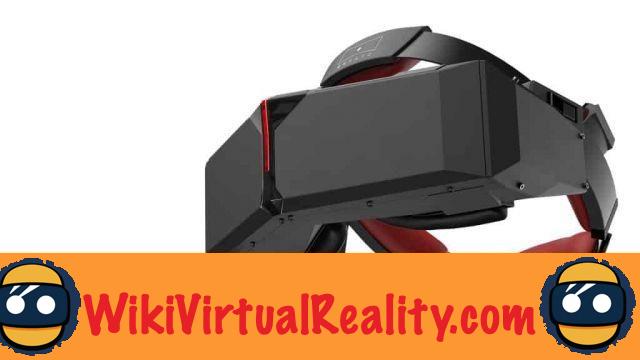 Following the success of the Oculus Rift and HTC Vive, virtual reality headsets are fast becoming a fashion phenomenon, and consequently a thriving market for computer manufacturers around the world. Just like smartphones at the dawn of the 2010s, HMD headsets will now multiply and gradually flood the shelves of high-tech stores.

Starbreeze, always in search of immersion

This device will not no need for a phone to operate. This is an independent headset, in line with the Rift and the Vive. The headset is designed in partnership with Swedish video game developer Starbreeze. Founded in 1999, this Stockholm-based studio is particularly known for its games, or more recently. In all of these productions, Starbreeze has always focused on atmosphere and immersion. This is why virtual reality offers this firm exciting new perspectives. A game from the series is already announced. The helmet was also presented for the first time at E3 2015.

A field of vision equivalent to that of human beings

In order to offer even more immersive experiences than the competition, the StarVR is distinguished by a wider field of vision than other helmets. While Oculus and HTC devices offer a 110 ° FOV, Acer's one spans 210 ° horizontal and 130 ° vertical. This amplitude corresponds to the human field of vision, and therefore guarantees incomparable spatial realism. 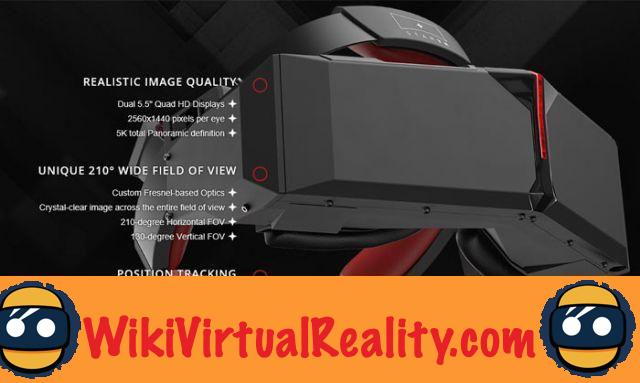 Its two 5,5-inch screens offer a QHD definition of 5120 × 1440, against 2160 × 1200 for the Rift and Vive. In addition, it will support motion tracking for the headset, but also for the various devices control that will be associated with it.

A headset for entertainment professionals

It remains to be seen whether this helmet will be sufficiently stable and efficient to compete with the market leaders, and if its catalog of games will be complete enough to justify its purchase. In view of the technical characteristics, the price is expected to be very high, and a very powerful computer should be necessary to operate the device.

However, Acer and Starbreeze do not intend to compete directly with Oculus and HTC or Sony with the general public. Although dedicated to gaming and entertainment, the StarVR will be released first with video game professionals, such as managers of arcades or even amusement parks.