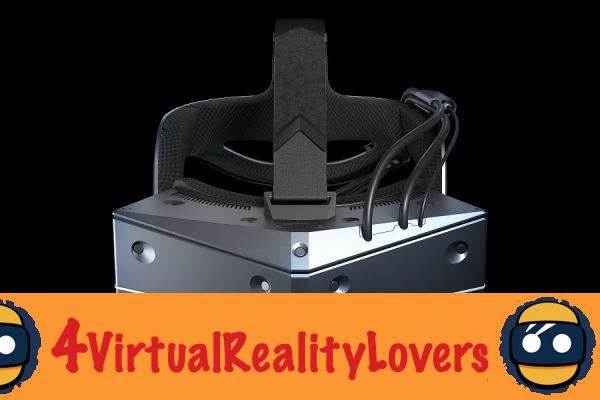 At the end of 2018 the company that manufactures the StarVR One announced that his helmet would be available to developers and businesses for $ 3200. After a year and a half of radio silence, the manufacturer surprises everyone and declares that this same helmet is now on sale. This concerns Japan and Taiwan for the moment, but it should land in the United States and Europe very soon. However, no indication of the price which should probably not have changed.

This announcement is indeed a surprise since the Starbreeze company has experienced big financial difficulties. These led to the end of the program for developers and companies at the beginning of December 2018. However, Starbreeze in partnership with Acer is behind the launch of the StarVR One. As early as 2015, they announced that they were working on a helmet with an ultra wide field of vision. Aimed at professionals and businesses, this product was the same finish as Varjo with the VR-2 or VRgineers and their XTAL. Promising, he had received good feedback from the lucky few and journalists who had been able to try it.

StarVR One available from multiple resellers in Japan and Taiwan

Unfortunately, it seemed then that his path would end there. Until YouTube channel MRTV found out thata button to buy the StarVR One was now displayed on the manufacturer's website. For the moment, this button redirects to a page that offers merchants in Japan or Taiwan. By scrolling down, the site indicates "soon" below "China". Then, for USA, UK and Europe, an information request button where companies can fill in their contact details and express their interest in the product.


Regarding the helmet itself, it offers a field of vision of 210 ° horizontally and 130 ° vertically. Its two AMOLED screens offer a resolution per eye of 1 by 830. In addition, it integrates Tobii's gaze tracking system which includes foveal rendering. This dynamically determines where the eye is looking to calculate only this field of view in detail. Finally, it is compatible with SteamVR 2.0 and can work with two base stations.