Steady is played like Mad Doctor, but in virtual reality 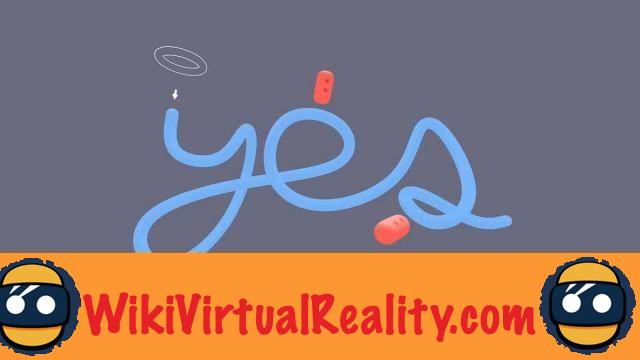 If you like VR games that offer an original concept, Steady will surely appeal to you with its simplistic, but rudely effective gameplay, akin to a classic board game: Mad Doctor.

Released last week, the game challenges you tomoving forward a ring through a course made up of a kind of virtual thread. To win, you will of course have to avoid hitting the wire and obstacles along the way with your ring. An increasingly difficult task as the course becomes more complex as we progress.

Despite a fairly basic concept, the title uses this simplicity to its advantage with a refined graphic universe, but no shortage of good ideas. Developed by the studio Situated, Steady is inevitably reminiscent of games of skill like Docteur Maboul.

Find out more in this trailer:

In fact, Situated announces no less than 50 levels, each one challenging you to overcome contortions, detours and other obstacles on the course. In addition, there are cannons whose cannonballs must be avoided if we want to survive.

Launched without much fanfare last week, Steady is currently available on PC (Oculus PC and Steam VR). Count a purchase price of 5 dollars.

However, we regret thelack of compatibility with Quest. Still, given its simplicity, the game seems intended for Facebook's standalone headset. Situated has not given any information about a possible release on platforms other than PC VR. Of course, count on us to give you news of this title.

For note, Steady is not not the first VR experience for Situated. Indeed, the studio is also behind the racing game Tiny Wheels as well as Board VR, a virtual whiteboard intended for educational staff.


In any case, don't hesitate to check out our top VR games if you want to have fun without thinking about social distancing.