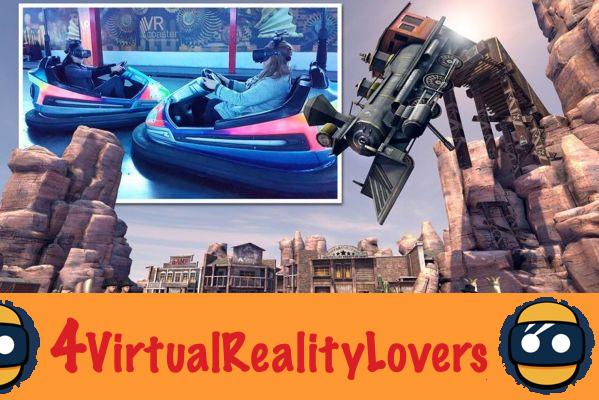 Bumper cars are always a pleasure. Whatever the age, rushing headlong into complete strangers is always fun and exhilarating. However, the German amusement park Erlebnispark Schloss Thurn, located in Nuremberg, has found a way to make bumper cars even more fun: add virtual reality headsets.

The new Steampunk VR Scooter attraction, open since April 13, 2019, offers visitors the opportunity to ride traditional bumper cars while immersing themselves in a virtual world inspired by Steampunk culture. Within this futuristic universe, they will have to compete or join forces to eliminate robots. To do this, they will be able to seize many bonuses and other special weapons scattered on the track.

Seen from the outside, the bumper cars at this attraction are quite ordinary. However, once in VR, players perceive them as steampunk vehicles worthy of a movie from the Mad Max saga. Likewise, the terrain is dotted with cliffs and ravines to be avoided.

Steampunk VR Scooter: the result of a partnership between Holodeck VR, VR Coaster and Qualisys 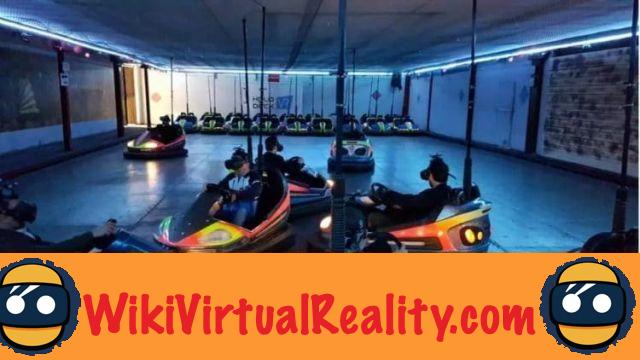 The Steampunk VR Scooter attraction is the result of a partnership between Holodeck VR, VR Coaster and Qualisys. According to Stephan Ott, the co-founder of Holodeck VR, the firm Thinking of combining VR and bumper cars for many years.

However, Qualisys motion capture technology was the missing piece to bring this concept to life. The technology in question is based on multiple cameras allowing the tracking of a maximum of 80 targets within a VR environment. Thus, all the bumper cars can be followed simultaneously in order to be perfectly reproduced in virtual reality.


The Steampunk VR Scooter is a new demonstration of how virtual reality can transform theme parks. It is possible that this experience will be offered by other amusement parks in the near future. However, its creators haven't disclosed anything about it yet. Therefore, if you want to test it out, you will have to go to at Erlebnispark Schloss Thurn in Nuremberg...

Playing in virtual reality on an old Commodore 64 is possible! ❯